After ‘Game of Thrones,’ Can TV Get Big Again? - The New York

In spring 2019, as “Game of Thrones” aired its final season, the talk among TV-industry pundits was that the age of dragons was not the only era coming to an end. “Thrones,” the thinking went, might just be the last big TV series ever: That is, the last blockbuster-level behemoth that would dazzle and focus the obsession of a mass audience.

I don’t know if anyone’s told you this, but a lot has changed since spring 2019.

The pandemic, obviously, bolstered TV’s status as a virtual arena. “Tiger King” was a TV event, and so was “Hamilton” and “Godzilla Vs. Kong.” If theaters’ strength is to bring audiences together, TV’s is to bring audiences together, apart. And as with the shift to working from home, it’s not clear how much of this ground TV will cede back, now that we know how much it’s possible to do without leaving your couch. “Dune,” when it’s released this fall, will be partly a TV event too, via HBO Max, even though theaters have reopened.

But if we focus just on the TV part of TV — that is, series made for home-and-device distribution rather than for theaters — the post-“Thrones” question remains: Can any one program, in an age of bingeing, streaming and thousands of choices, bring together a mass audience?

This fall and later, several high-profile genre spectacles — from sci-fi to fantasy to dystopian fiction — are betting on yes. On Sept. 24, Apple TV+ premieres “Foundation,” based on the Isaac Asimov novels about the attempt to use “psychohistory” to shape the future of a galactic empire. Next week, FX unveils the ambitious and long-gestating “Y: The Last Man,” about an apocalypse that kills every human with a Y chromosome save for one.

Later in the fall: Amazon’s “The Wheel of Time,” another long-in-the-making epic, based on the sprawling fantasy series by Robert Jordan. Next year: also from Amazon, a series based on one of the few remaining megamythologies not to get a major series adaptation, “The Lord of the Rings”; plus HBO’s “Thrones” prequel, “House of the Dragon,” about Westeros’s messiest platinum blondes, the Targaryen family.

If the age of blockbuster TV is over, the coming season has not been informed.

And there is evidence that event TV is not dead, even if “events” no longer involve us all gathering around our TV sets at 9 p.m. on Sundays. Since the end of “Thrones,” we’ve seen the rise of the next generation of streaming platforms, which provided a direct pipeline from the biggest megatainment companies to the screens in your living room and in your pocket.

Disney in particular has driven this change. Its engulfing of the Star Wars and Marvel franchises put two of the movies’ biggest universes into one company, and Disney+ promptly started turning them into TV. It was not long ago that the appearance of a Star Wars or superhero entertainment was a rare treat; now it’s a Wednesday. (Still to come this year: a series built around Star Wars’ Boba Fett and one about the Avengers’ Hawkeye.) 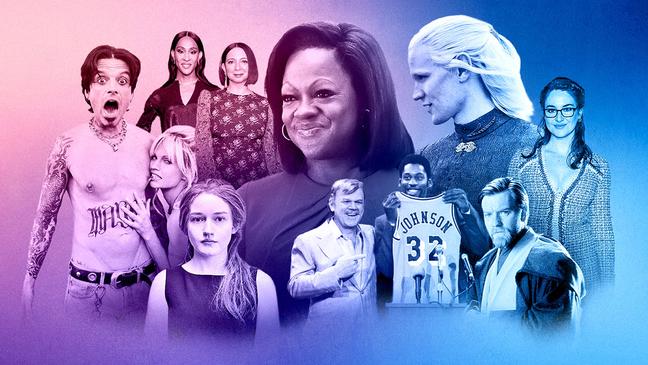 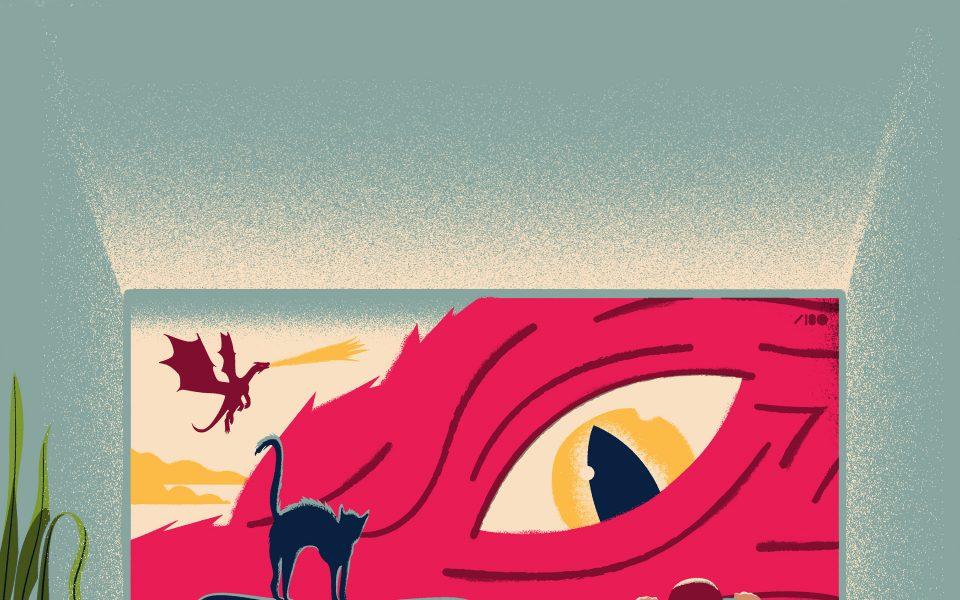 The platform showed that, even in the difficult-to-quantify world of streaming, the right TV series can get a mass audience chattering. But Disney+ shows got big by aiming small. That is, they worked best when they fit their big-screen universes into packages that worked for serial TV — intimate, conversational or (relatively) quiet — rather than two hours of movie-house pyrotechnics.

So “WandaVision” moved a peripheral “Avengers” story line onto a series of classic-TV sets, recreating period sitcoms from half a century to tell a story of grief. (It was less effective, in fact, when it built to an action climax — that is, when it tried to be a Marvel movie.) “The Mandalorian” built on the old-time Western element already present in Star Wars to make a gunslinger-and-sidekick bromance. “Loki” portioned out the superpowered ham of Tom Hiddleston’s film performance in a playful sci-fi story that prioritized talk over effects.

Of course, Disney had the advantage of making big TV from already-big intellectual property that it owned. It’s pointless by now to distinguish whether Marvel and Star Wars are movie universes that extend to TV or vice versa; the shows and films are just tributaries in a giant network of content, each promoting the other.

The drawback of TV’s new blockbusters, then, may be that they’re doomed to become more like the movies’ blockbusters: dragon-like in scale, mouse-like in creative ambition, at least when it comes to anything that doesn’t involve an established brand. Efforts by other outlets to world-build original genre franchises, like HBO’s labyrinthine steampunk serial “The Nevers,” have been less successful.

On the one hand, the fact that the next “The Lord of the Rings” expansion is coming to your living room rather than your local multiplex is a sign of a more TV-centric entertainment future. On the other hand, that future, at least for high-profile TV, may be more and more like the movies’ recent past: big-budget but cautious renderings of stories with built-in followings, endless revisits of corporate properties that you already like.

If we’re stuck with old stories expensively retold, the hope is that they at least have something to say to a new moment. From what we know of the new season’s genre epics (most of which, at press time, critics have yet to see), it’s nothing cheerful.

If there’s a common thread to many of them, it’s world-changing catastrophe. Granted, that’s often a given in high fantasy and sci-fi, but the disasters at the core of these series — the revenge of nature, self-destruction through hubris — could speak loudly now (if you can hear them over the extreme weather alerts).

Even the series that aren’t prequels are often preludes to a fall. “The Lord of the Rings” movies, for instance, arrived through an accident of timing as a kind of rallying call after the 9/11 attacks. The new series takes place thousands of years before the events of the films, in Middle-earth’s Second Age — toward the end of which, if you know your Tolkien, the fabled kingdom of Númenor was swallowed by the sea in a cataclysm it brought on itself.

Likewise, “Foundation,” telling the story of a pending man-made disaster that cannot be stopped, only mitigated, could have a lot to say to a society that has been through and is looking ahead to [gestures at everything]. We have a doomed royal house in “Dragon”; in “Y,” a pandemic story that combines apocalyptic political intrigue with a more sex- and gender-conscious version of “The Walking Dead.”

And “The Wheel of Time,” already renewed for a second season before its first has appeared, is built on a mythology that involves a repeating cycle of renewal and destruction. That theme may mirror not just an anxious world, but the rise and fall of media trends that produced this series and its peers.

The epic TV event, that most elusive and awe-inspiring of fabulous beasts, may well have been pronounced dead. But that doesn’t mean it can’t rise again — even if it’s in a too-familiar form.