All white on the night: the perennial problem with TV panel shows

Panel shows have been a pillar of British comedy for decades. The News Quiz began in 1977 and Have I Got News for You in 1990, while 8 Out of 10 Cats debuted in 2005. Comedy has slowly become less white, straight and male – but not panel shows. Even in 2021, the format consistently fails to reflect such progress.

That’s a White Line Up, a Twitter account run by a comedian and a TV producer, hopes to “encourage engagement from promoters and TV execs” by quote-tweeting lineup photos from shows to point out the prevailing trend. “We had conversations with each other about how frequently we were seeing all-white lineups, particularly in television,” say the founders, whose feed includes QI, Mock the Week and 8 Out of 10 Cats Does Countdown. “We’re just showing everyone a fact: that this is a white lineup. When that’s all stacked up in one place, it makes for fairly damning reading.”

It’s something many in the industry are sick of pointing out. “People of colour don’t mention this stuff as often because this is not surprising,” says comedian Desiree Burch, who last year fronted Bameshow, a BBC radio panel show entirely comprising comedians of colour, which perfectly satirised the homogeneity of its counterparts.

Highlighting a lack of diversity can feel risky, with people fearing they’ll lose work as a result. “The more everyone, especially people with privilege in the industry, get involved with calling out these booking practices, the more it is normalised to speak about these issues. The burden shouldn’t be solely on those who are underrepresented to speak out,” say the duo behind That’s a White Line Up.

“This is not surprising” … Desiree Burch. Photograph: David Levene/The Guardian

A recent Creative Diversity Network report showed that in TV comedy, BAME people made nearly a quarter of on-screen contributions. The talent exists; why haven’t panel shows caught on?

Behind the scenes, BAME people are underrepresented, making up 9.7% of employees, despite being 13% of the UK workforce. The process for booking guests works differently from show to show but relies on these off-screen staff. Sometimes, the channel’s commissioner is hands-on in choosing guests. Elsewhere, executives from the production company are in charge of the talent list. Often, producers and assistant producers put forward names – but that’s usually where their influence ends. If the show is fronted by a big-name comic, they’ll get a say in who’s booked.

Newer producers and commissioners are realising the old ways are wrong. It’s like: put your money where your mouth is

“Nepotism is in every industry and that’s a large part of it,” says Dane Baptiste, whose sketch show Bamous pokes fun at the limited opportunities for black comedians inside the BBC. “There are well-beaten paths taken by gatekeepers, whether it’s simply going to the same hipster comedy clubs or to Edinburgh alone to find the next wave [of comedians].”

Burch agrees: “Like everywhere, people are hiring friends, people they recently saw and people they’re comfortable with. And it’s usually just one rotating chair of diversity that they’re going to fill.” That often means being booked to talk about a topic related to your identity, or looked on to represent an entire group of people, something not asked of most white male comedians. 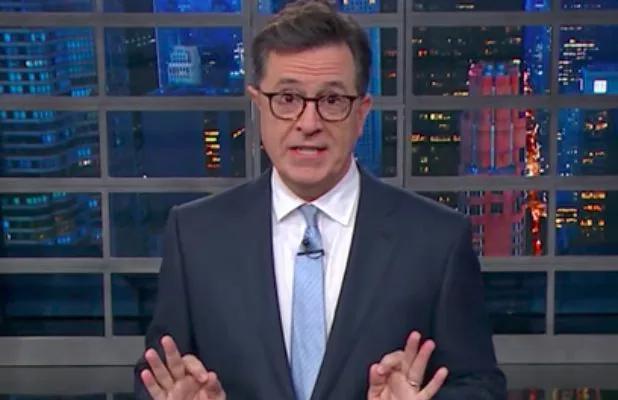 Some feel the dominance of the biggest comedy agencies limits lineups. “Some production companies are very old school and do need to start looking outside of their go-to agencies,” said one comedy manager who represents BAME, disabled and working-class acts. “However, I’ve noticed newer producers coming through are sick of that. Commissioners are realising that’s wrong as well. It’s like: put your money where your mouth is.”

‘Nepotism is in every industry’ … Dane Baptiste. Photograph: Steve Meddle/REX/Shutterstock

It’s often left to individuals to share their platform. On Bamous, Baptiste brought in comedians including Thanyia Moore, Toussaint Douglass, Munya Chawawa and Lola Jagun. “It’s infinitely rewarding,” says Baptiste. “Black and brown people tend to have to fight over scraps and I wanted to deconstruct that notion: there is no reason why we can’t exist in the same space and collectively enrich the industry.”

Frankie Boyle’s BBC show New World Order is also praised. “It has a different ethos than most comedy panel shows,” says Burch, a regular guest. “The way it’s constructed facilitates diversity, whereas some shows are about the vibe established by the previous comedians, and those comedians were white, cisgender and male.”

Homogenous writing rooms and rotating a handful of “diverse” guests can exacerbate this, meaning panels are often diverse in looks alone, says Baptiste: “It’s been a real boon to have people like Frankie Boyle who unashamedly want to work with different voices and actually find the nuance within demographics.”

That’s a White Line Up say “it’s on everyone within the comedy industry to fix the problem: top-down from TV execs to promoters putting on shows on the live circuit. Everyone needs to be conscious of giving the space and time to nurture underrepresented talent.”

In 2014, the BBC promised to end all-male panel shows. This month, it introduced a new diversity quota: production companies working on BBC commissions must commit to 20% of their workforce being BAME, disabled or from lower-income backgrounds.

With white people dominating behind the scenes, channels haven’t had the skills to develop BAME talent, says Baptiste: “If you had a garage that didn’t fix Volvos for 20 years, then you showed up with a new Volvo, nobody would know what to do.” He praises the “amazing commissioners” Syeda Irtizaali and Dwayne Eaton who worked on Bamous: “People need to think about long-term development of black and brown creatives, as opposed to using quantitative methods to satisfy a quota.” “Decision-makers being different kinds of people would help,” adds Burch. “Next time someone leaves, don’t hire your other friend Tom that you went to Cambridge with!”

Promoters still book live lineups in their own image too – which is an issue when most promoters are white men. Baptiste spoke out about racism on the live circuit in a 2020 article. One comedy manager says the live circuit needs to create space for comedians from different backgrounds to gain experience and develop material: “If people aren’t getting developed on the grassroots side, there’s going to be a knock-on effect in TV.” The pandemic may have further shrunk grassroots opportunities; the Live Comedy Association’s Covid-19 Emergency Industry Survey, published in July 2020, found that people of colour were “considerably more likely” to have left the industry during the pandemic than their white counterparts. On the flipside, there’s still a “whole separate circuit of black and brown comedians”, says Burch: “Sometimes I’m doing a show with four or five brown comedians I’ve never heard of. The room is full, they are storming it, and I’m just like: I don’t know why this person hasn’t had their shot on a panel show.”

Shows persevering with homogenous lineups “are missing out on audiences … whether that’s working class, disabled, black, Asian, whatever,” says Burch. “You can teach your audience that they might want other things if you offer them other things. Someone has to break that cycle.”