One could forgive the top soccer players in Mexico and the United States if they feel as if they have seen quite a lot of each other recently.

When some of the best players from Mexico’s Liga MX lined up against some of the biggest stars from Major League Soccer in the M.L.S. All-Star Game on Wednesday night in Los Angeles, it was not — for a handful of them — the first time they had played an important match north of the border this summer. Whether in a series of new cross-border club competitions or in two important national team tournaments, the Nations League and Gold Cup, U.S.-Mexico matchups — in a variety of jersey colors — are now more frequent than ever.

But whatever Wednesday’s exhibition lacked in stakes — the M.L.S. all-stars prevailed in a penalty shootout, 3-2, after the team played a 1-1 tie — that the game happened at all was perhaps the best demonstration yet of where the two leagues, and therefore their two countries, believe their futures lie: together.

Alejandro Irarragorri, who controls the Liga MX clubs Santos Laguna and Atlas, this week described the leagues as having arrived at an inflection point at which they could continue to go their separate ways, or choose to work together.

“I am sure on a stand-alone basis we will do well if we don’t do a thing together,” Irarragorri said Monday in a Zoom interview from the well-appointed home of the Seattle Sounders owner Adrian Hanauer. “I also understand if we do something together, we will be better.”

Collaboration between leagues in different countries is rare in world soccer. While teams from different countries often square off in various continental competitions, rarely do the leagues themselves interact unless there is a problem that needs fixing. The collaboration between Liga MX and M.L.S., then, represents how soccer economics are being upended globally, as well as a close relationship between the U.S. and Mexico that extends well beyond soccer.

“If you remember what happened in 1994, we had a soccer championship here,” said Mikel Arriola, the new president of Liga MX. “We had the World Cup here in the U.S. And also another thing happened that year, which was the execution of NAFTA,” he said, referring to the free trade agreement between the United States, Mexico and Canada.

For Arriola, whose career was mostly spent in a series of Mexican government positions, NAFTA best represents what soccer is now trying to replicate: It jump-started economic growth in Mexico, and he contends collaborations with M.L.S. will do the same for his league.

Clubs from the United States and Mexico have faced each other for decades, of course, in the CONCACAF Champions League, the region’s top club competition. But in 2019 the two leagues created a new tournament, the Leagues Cup, to be contested by the best teams not to qualify for the Champions League and the Campeones Cup, another new one-off match between the winners of each league. Wednesday’s All-Star showcase in Los Angeles represented yet another increase in the rapid expansion of opportunities for players, and their two leagues, to compete against one another.

That kind of close collaboration will almost inevitably bring the leagues into conflict with the region’s top soccer authorities, mirroring the fights playing out around the world over breakaway ideas like Europe’s short-lived Super League and this week’s potentially explosive club-vs.-country battle over the release of top European pros for World Cup qualifiers.

For now, CONCACAF, which governs soccer in North and Central America and the Caribbean, has blessed both the Leagues Cup and the Campeones Cup. But it does not control either event in the same way it does the Champions League, and Arriola and Don Garber, the M.L.S. commissioner, were not shy about declaring how important their leagues are to the region’s soccer credibility. 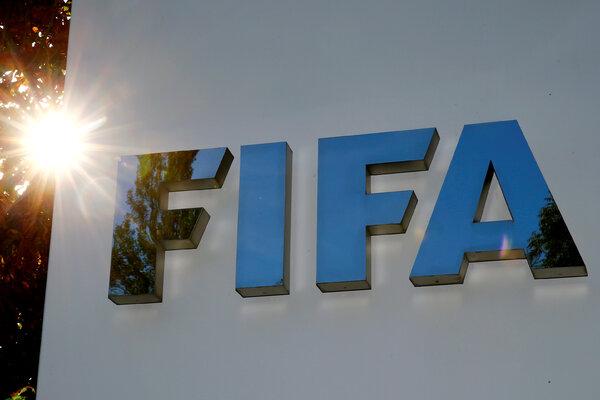 “Mexico, the U.S. and Canada represent 99 percent of the total value of CONCACAF,” Arriola said. But the confederation operates on a one-country, one-vote system, and power in the region has traditionally been held by Caribbean countries, the largest group of members, and one that often votes as a bloc.

A Concacaf spokesman did not respond to a request for an interview with Victor Montagliani, the Canadian president of the organization.

Asked what he believed Concacaf thought about the increased collaboration, Garber chose his words carefully. “The sport here has these long-established institutions going about governing the game the same way for generations, and I don’t necessarily think that that has to be the way the sport moves forward,” he said.

For Liga MX, an increased presence in the United States means spurring revenue growth by tapping into a larger fan base. Mexico’s national team, through its own partnership with the M.L.S.-affiliated Soccer United Marketing, already plays more games in the United States than it does in Mexico, and Liga MX matches regularly draw higher television ratings than M.L.S. games. Arriola acknowledged that, like Mexico’s soccer federation, the Mexican clubs he represents see valuable revenue streams waiting on the northern side of the border.

“We are a net exporter of football as a country because we have 60 million consumers in the U.S., and those 60 million people have a G.D.P. per capita 700 percent above ours, and they consume televised games two times compared to the Mexican consumer,” Arriola said.

Garber’s bet is that aligning with Liga MX will help M.L.S. make inroads with those fans too, as well as with soccer fans in Mexico. But the most immediate benefit may be a competitive one.

In continental competitions, Mexican clubs have traditionally overpowered teams from the U.S., and while that disparity has narrowed in recent years, an M.L.S. team has not lifted the Champions League trophy since 2000. Playing more games, and more consistently, against Mexican opposition may further close the gap between the leagues. And if and when M.L.S. clubs can consistently win those matchups, its credibility and global profile can only grow.

Reorienting how the world looks at M.L.S. is Garber’s ultimate goal. The league’s last 15 all-star games have seen a team of M.L.S. stars take on top club teams from Europe, generally squads in the middle of preseason tours. But that format no longer suits the league’s purposes, or its focus, which years ago shifted to the acquisition of rising talents from Central and South America instead of aging players from Europe.

In its current iteration, M.L.S. would like to be seen as the leader of a region that is quickly catching up to South America and Europe. But to do that, it first must prove it is a worthy rival to Mexican soccer. Garber said this week that he was willing to try any innovation that might make that happen.

“I have always been tasked with having to answer questions about why do the Americans want to do things differently in the sport of soccer,” Garber said. But that might also mean he can get a look at where the sport should be — or is — going faster than his tradition-bound peers in South America and Europe.

The obvious question is if M.L.S. and Liga MX will eventually merge. After all, they are hosting the World Cup together with Canada — which already has teams in M.L.S. — in 2026.

Wouldn’t a single league made up of the best clubs across North America improve the level of play? Gianni Infantino, the president of FIFA, stoked such speculation earlier this year when he said such a league could be “the best league in the world.”

Hanauer, the Sounders owner, was happy to entertain the question, but he also urged caution. The first time anybody can remember multiple owners from M.L.S. and Liga MX convening together, he said, was in February 2020. That meeting took place at Hanauer’s house in Cabo San Lucas, just before the pandemic shut things down.

“It is a ‘walk before we run’ answer,” he said, adding, “We are at the very early stages of beginning to understand each other and get to know each other.”