Can You Really Be Addicted to Video Games? (Published 2019)

When Bracke was born in the late 1980s, video games were still being assimilated into mainstream American culture. Today they are ubiquitous. Globally, more than two billion people play video games, including 150 million Americans (nearly half the country’s population), 60 percent of whom game daily. Professional athletes routinely perform goofy victory dances from Fortnite. Game Informer has the fifth-highest circulation of any American magazine, surpassed only by AARP’s Magazine and Bulletin, Costco Connection and Better Homes & Gardens. When Grand Theft Auto V was released in September 2013, it generated $1 billion of revenue within three days. No single entertainment product has ever made so much money in so little time. Video games are now one of the most lucrative sectors of the entertainment industry, having overtaken film, television, music and books. Games are also the most popular and profitable type of mobile app, accounting for about a third of all downloads and 75 percent of Apple’s App Store revenue.

A typical gamer in the United States spends 12 hours playing each week; 34 million Americans play an average of 22 hours per week. About 60 percent of gamers have neglected sleep to keep playing, and about 40 percent have missed a meal. Somewhere around 20 percent have skipped a shower. In 2018, people around the world spent a collective nine billion hours watching other people play video games on the streaming service Twitch — three billion more hours than the year before. In South Korea, where more than 95 percent of the population has internet access and connection speeds are the fastest in the world, compulsive game play has become a public-health crisis. In 2011, the South Korean government passed the Shutdown Law, which prevents anyone under 16 from playing games online between midnight and 6 a.m.

Video games are not only far more pervasive than they were 30 years ago; they are also immensely more complex. You could easily spend hundreds of hours not only completing quests but also simply exploring the vast fantasy kingdom in The Legend of Zelda: Breath of the Wild, a gorgeously rendered virtual world in which every blade of grass responds to the pressure of a footstep or the rush of a passing breeze. Fortnite attracted a large and diverse audience by blending the thrill of live events with the strategic combat and outrageous weaponry of first-person shooters, airbrushing it all with a playful cartoon aesthetic. In The Witcher 3: Wild Hunt, the choices players make change the state of the world and ultimately steer them toward one of 36 possible endings. All games — whether tabletop, field or electronic — are simulations: They create microcosms of the real world or gesture at imaginary ones. But these simulations have become so expansive, intricate and immersive that they can no longer be labeled mere entertainment, no more engrossing than an in-flight movie or a pop song. They are alternate realities. 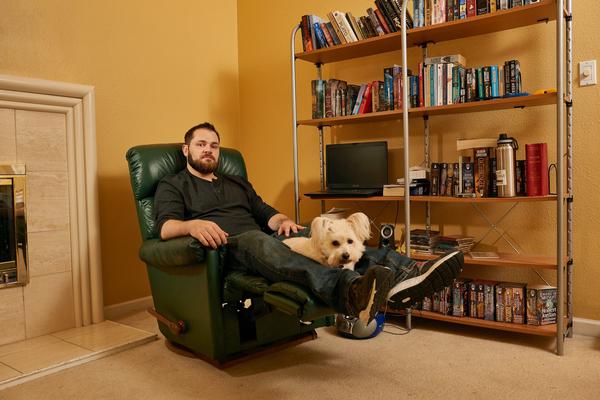 Even games that are intentionally designed with a retro feel can be surprisingly absorbing. Take Stardew Valley, a quaint farming game with 16-bit graphics that reminded me of the early Pokémon titles for Game Boy. Apart from Candy Crush and word puzzles, I hadn’t spent much time playing video games since high school, so, while reporting this article, I decided that Stardew Valley might be an appealing way to reacquaint myself. It seemed like the kind of thing I could play for an hour here or there as my schedule allowed. The premise is simple: You leave your soul-deadening corporate office job and move to the country to revive your grandfather’s neglected farm. It seems refreshingly, perhaps deliberately, distinct from all the frenzied and ultracompetitive first-person shooters and survival games. Each day in the game equals about 17 minutes of real-world time, so a week passes in just under two hours.

At first, I was enchanted by the game’s pastoral setting and its emphasis on collaboration, compassion and discipline. As I became more deeply invested in my pixelated life, though, my attitude changed. I started to lose patience with my neighbors and their daily prattle and stopped noticing all the thoughtful details that once delighted me: the soft glow of fireflies on summer evenings, the fleeting shadow of an owl in flight, the falling petals in spring. And what disturbed me most was the sheer quantity of time I was pouring into the game. It was so easy to play continuously through an afternoon or an evening, in part because the great satisfaction of my achievements was so disproportionate to the effort I expended. I found it extremely difficult to stop playing, even at “nighttime,” when my character went to sleep, which doubles as a natural point to save your progress and quit. If I kept going, just another 20 minutes, I could get so much done. Compared with the game, everything else in my real life suddenly seemed so much harder — and so much less gratifying.

The fact that video games are designed to be addictive is an open secret in the gaming industry. With the help of hired scientists, game developers have employed many psychological techniques to make their products as unquittable as possible. Most video games initially entice players with easy and predictable rewards. To keep players interested, many games employ a strategy called intermittent reinforcement, in which players are surprised with rewards at random intervals. Some video games punish players for leaving by refusing to suspend time: In their absence, the game goes on, and they fall behind. Perhaps the most explicit manifestation of manipulative game design is the rising popularity of loot boxes, which are essentially lotteries for coveted items: a player pays real money to buy a virtual treasure box, hoping it contains something valuable within the world of the game.

As modern video games have become so immersive, their carefully composed dreamscapes have begun to offer a seductive contrast to the indifferent, and sometimes disappointing, world outside screens. Games, by definition, have rules; goals are often explicitly defined; progress is quantified. Although games frequently put players in challenging situations, they continuously offer tutorials, eliminate real-world consequences of failure and essentially guarantee rewards in exchange for effort. Games imbue players with a sense of purpose and accomplishment — precisely the kind of self-worth that can be so hard to attain in their actual lives, especially in a job market that can be punishing for the inexperienced.