How British Political Comedy Show 'Have I Got News For You ...

Boris Johnson Isn't Entirely the Fault of 'Have I Got News For You', But They Are Partly to Blame

Boris Johnson became Britain’s new Prime Minister in what was a coronation in all but name. His ascent to the highest office in the land always felt like a disheartening inevitability in a country that can seemingly never decide if it prefers democracy or the cold hard rule of a monarchy. With Boris, it sort of gets both. The right-wing Tory politician, a former journalist and Mayor of London turned Foreign Secretary under the previous leadership of Theresa May, has long been defined by his vaulting ambition. Everyone knew he wanted the top job. It was practically a running joke in British politics, and for a long time, a joke was all it was, even though we knew it was probably going to happen. That was part of the plan.

The Boris persona is part buffoon, part cuddly pet, part dictator. He was the Tory it was okay for you to like, the foolish mascot who was mostly harmless and a proper laugh, like something out of a P.G. Wodehouse novel. He stumbled and stammered and made obscure references in Latin that were beyond parodic for our culture’s image of an out-of-touch conservative, and with that mop of blonde hair, never knowingly neat, he was ripe for mockery. And all of that made people like him more, made them trust this snake beyond reason. There were plenty of cards in play that helped Boris rise to levels of power he is neither qualified nor prepared for. The British media was always too kind to him and the cult of personality the Tories cultivated for him didn’t help. However, there is the elephant in the room that must be addressed, the one television show that did more to cement the twisted iconography of Boris and ensure that no amount of fact-checking or his own bigotry could put a stop to this madness.

If you’re British then the chances are you’ve watched a lot of Have I Got News For You. The comedy panel show — a staple of British television — has been on our screens since 1990 (the year I was born, so I essentially grew up on this series). The premise is simple: Inspired by the long-running radio show The News Quiz, where two team captains and their guests get satirical over the previous week’s biggest stories. Comedian Paul Merton and Ian Hislop, the long-time editor of Private Eye, have been team captains since the first episode. The original host of the show, Angus Deayton, stepped down from that role in 2002 after a press scandal involving cocaine, sex workers, and some memorable tabloid headlines. After that, an endless rotation of guest hosts took over the top chair, ranging from comedians to A-List actors to politicians and beyond.

Boris was not the first or last politician to guest-judge the show, but he’s easily the one who got the most mileage from it. Politicians brave enough to go on Have I Got News For You could expect to be mercilessly ribbed and held to account. Imagine Newsnight but with jokes and a live studio audience. It was never a truly radical show but it was one that held onto a particular sense of justice for many years. That was how it started with Johnson first appeared on the show. He was a guest, and he was verbally torn to shreds. For over three minutes, the show stopped to broadcast Johnson’s infamous phone call with friend Darius Guppy, wherein he had agreed to supply the address of a journalist so Guppy could have him beaten up. Johnson had no response beyond claiming he’d been led into an ‘elephant trap’. If things had ended there, the show could have retained its dignity, but the joke was too good and they kept inviting him back.

As a guest host, Johnson got his moment in the spotlight. As humans, we’re hardwired to laugh with people more than we laugh at them. It’s our attempt to be kinder, to show that we can all get along and that those who play the game of self-deprecation right will be rewarded thusly. Boris Johnson may have been a yammering fool but he was one who seemed to be in on the joke we were all laughing with. Wasn’t he so game for going back on the show, even though he knew he’d be mocked repeatedly? Really, wasn’t he just one of the lads? Soon, it spread to other shows, like Top Gear and Room 101, which at the time was hosted by Merton. Boris even released a book, titled Have I Got Views For You. He wasn’t just a journalist-slash-politician: He was a personality, and audiences loved it. They loved the joke enough to ignore his long history of lies, stupidity, questionable employment, racism, sexism, homophobia, and casual bigotry. 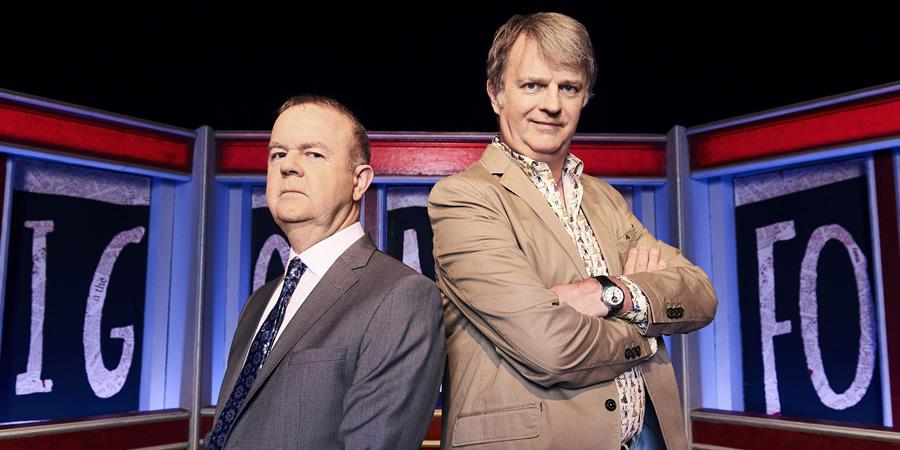 The typical logic of politics and those who work within it is that the general public wants their leaders to be ‘relatable’. It’s an exceptionally stupid notion that we’ve never truly been able to shake, one that positions chummy familiarity as the preferable option to qualified abilities. David Cameron and Nick Clegg managed to override Gordon Brown by playing up this notion of themselves as modern relatable men in comparison to Brown’s stern seriousness. What is fascinating about Boris is that, while he worked hard on making himself appealing, he never did so through relatability. He was always a caricature, a parody of a clueless rich toff, and the more he leaned into that, the more voters seemed to like him. He continued it into his tenure as Mayor of London, doing ridiculous stunts and photo-ops that concealed his truly bleak conservative politics. Then again, Nigel Farage managed to garner a lot of mileage from being the ‘relatable bigot’, so it’s no surprise Boris did the same, albeit with a sillier sheen.

The scales began to fall from people’s eyes when Johnson went full Brexit, spreading blatant lies in the name of acquiring a Leave vote that would inevitably force David Cameron to quit his position as PM and allow him a shot at the top job. When he chose not to turn for Tory leader after that, his scheming became much harder for the public to compartmentalize, especially after his disastrous turn as foreign secretary. During his run for Tory leader, he leaned in further to his ‘adorable’ bigotry, including some especially nasty comments he made about Muslim women. He dismissed criticisms of that with a Reddit-style line about people being too sensitive. Nothing stuck to him. Even a very public argument with his girlfriend was spun by the press as an attack on poor beleaguered just-another-one-of-the-blokes Boris.

Ian Hislop has always denied that Johnson’s appearances of Have I Got News For You helped to pave his way to power. Hislop recently appeared on BBC Radio and, when asked about Johnson, admitted that he ‘was so bad at’ chairing the series, so ‘completely useless [that] it was hysterical.’ He then went on to say, of his already chaotic cabinet choices, ‘if this is his idea of coordinating a team, I think we’re in for a huge amount of fun.’ And if that doesn’t say it all, I don’t know what does.

Putting aside my questions as to whether or not Hislop is even a little bit worried that there might be a hell, this mindset and the mess it birthed speaks volumes as to how holier-than-thou apathy births genuine horrors. Why invest in politics and risk getting burned when you can go full South Park, pretend every side of the equation is comparably bad, and laugh as the world burns around you? It’s a smarmy kind of nihilism, the sort that sees an earnest hunger for systemic change as pointless, a stance that one can only fully adopt if the harm caused by such figures is guaranteed to never touch you. That was the reality of Have I Got News For You: How can you speak truth to power when you’re part of that class and comfortable with it?

The rise of Boris Johnson wasn’t inevitable. We had to work very hard for many years to make it happen, and it could have been stopped at any time had there been any real effort to stave off the growing narrative we’d all swallowed as gospel. Alas, we all bought too much into the delusion that playing along with the joke was the same thing as being a joke, and that the façade of harmlessness would never be dropped in favor of something far more insidious. We could argue about the semantics of how pivotal a role Have I Got News For You played in creating the road to Boris Johnson PM (let’s not ignore the complacency of the British media or the torrid ecosystem of the Conservative Party), but it would be foolish to deny that it did play a part in the process. For the show, the joke goes on. Of course, it does: It risks them nothing.

Kayleigh is a features writer for Pajiba. You can follow her on Twitter or listen to her podcast, The Hollywood Read.