The World of Anti-Fake-News Video Games

Democracy might have eked out a win, but misinformation campaigns are only getting stronger. That’s where games like ‘Harmony Square’ come in

The Trump presidency might be on the cusp of ending, but the battle against fake news is only becoming more and more pitched. In fact, per Kevin Roose of the New York Times, the top posts on Facebook this week are those claiming President-elect Joe Biden and the Democrats committed election fraud and stole the presidency (which, of course, is bullshit).

In an attempt to bring the world back to reality, a team of psychologists at the University of Cambridge, with “support from the Department of State’s Global Engagement Center and Department of Homeland Security Cybersecurity and Infrastructure Security Agency,” have developed a video game, Harmony Square, that quickly introduces players to the basics of misinformation — namely, why it’s created, what it looks like and how it spreads.

To be sure, the idea isn’t new. It comes from a branch of psychological research called the “inoculation theory.” In this case, once the basic tenets of misinformation have been introduced, people will slowly become better at spotting and rejecting it. There are a few other games that follow a similar setup, too. Go Viral!, for example, is a game specifically focused on spotting misinformation around coronavirus.

Built upon the findings of its predecessors, Harmony Square “is quick, easy and tongue-in-cheek,” writes Cambridge psychologist Jon Roozenbeek. “But the experiential learning that underpins it means that people are more likely to spot misinformation, and less likely to share it, next time they log on to Facebook or YouTube.”

Published in the Harvard Misinformation Review, a study on the game’s effectiveness asked 681 participants to rate the reliability of headlines and posts on social media before being randomly split into two groups; one group played Harmony Square, the other played Tetris. 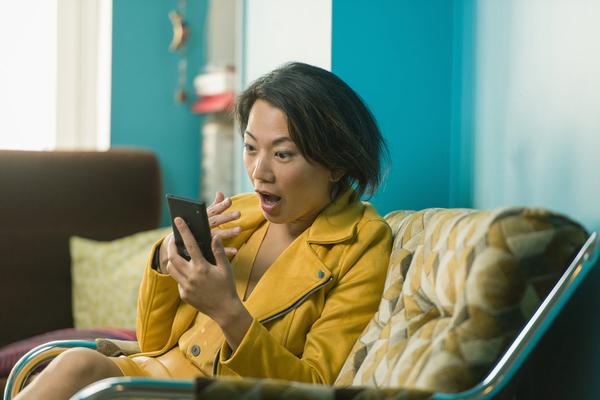 In Harmony Square, players take the role of “Harmony Square’s Chief Disinformation Officer.” It is your job to “sow discord and chaos on Harmony Square” by amping up emotional headlines, spreading falsehoods and setting up what would otherwise be called an “independent” news site that wreaks chaos on issues of increasing importance.

Not only do players see first-hand how websites spread unsubstantiated rumors and weaponize emotional language to rile up their audience, but the more you lean into the role, the more points you get. As such, the game ends when Harmony Square has become the boring dystopia we’re living in today.

Needless to say, the results of the study showed that those who played Harmony Square were less likely to rate misinformation as “reliable” than they had prior to playing, and showed “reduced willingness to share fake news with others.”

“Importantly, the players’ own politics — whether they leaned left or right — made no difference,” the researchers at Cambridge continue.

I needed to see more, so I asked the most active Facebook user I know: my mom. Her inherent skepticism makes her pretty good at dodging the cavalcade of misinformation on Facebook in the first place, and true to form, she had some reservations about Harmony Square.

“All the little misinformation snafus started with Herbert Hoover and ‘everybody’s a commie,’ [but] it’s a lot more sophisticated these days,” she tells me. “They’re doing this in partnership with the CISA and CIA, which leads me to wonder whether this site really is just the CIA collecting this data to redirect and retool their political ‘massaging’ in the future.” (Clearly, my mom has been full-on radicalized.)

Today, though, Mom is opting out of social media altogether. There’s a new platform beckoning, one where the muckraking is literal: her garden. It could get down to 33 degrees in Chicago tonight, and her peonies will freeze without proper covering. That’s information she can trust, she says, “because it comes straight from Tom Skilling.”

Quinn Myers is a staff writer at MEL. He reports on internet culture, technology, health, masculinity and the communities that flourish within.