Most Middle-school Boys And Many Girls Play Violent Video Games

A new study by researchers at the Massachusetts General Hospital's (MGH) Center for Mental Health and Media dispels some myths and uncovers some surprises about young teens and violent video and computer games. The study, published in the July issue of Journal of Adolescent Health, is the first to ask middle-school youth in detail about the video and computer games they play and to analyze how many of those titles are rated M (Mature -- meant for ages 17 and up). It is also the first to ask children why they play video games.

Some of the more striking findings include:

Almost all young teens play video games. Just six percent of the sample had not played any electronic games in the previous six months.Most 7th and 8th graders (ages 12 to 14) regularly play violent video games. Two-thirds of boys and more than one in four girls reported playing at least one M-rated game "a lot in the past six months."A third of boys and one in ten girls play video or computer games almost every day.Many children are playing video games to manage their feelings, including anger and stress. Children who play violent games are more likely to play to get their anger out. They are also more likely to play games with strangers on the Internet.

"Contrary to the stereotype of the solitary gamer with no social skills, we found that children who play M-rated games are actually more likely to play in groups -- in the same room, or over the Internet," says Cheryl K. Olson, ScD, co-director of the Center for Mental Health and Media and lead author of the study. "Boys' friendships in particular often center around video games."

At a time when the availability of M-rated games is on the rise, it is important to explore their effects on the children who play them, the researchers note. This study adds valuable insights into the everyday lives of young teens: who they're playing with, where, how much, and why. Olson's team found that Grand Theft Auto -- rated M for blood and gore, intense violence, strong language, strong sexual content, and use of drugs -- was the most popular game series among the boys surveyed. Surprisingly, it was also the second most popular series among the girls after The Sims, a game that simulates the activities of a virtual family; one in five girls aged 12 to 14 had played Grand Theft Auto "a lot in the past six months." 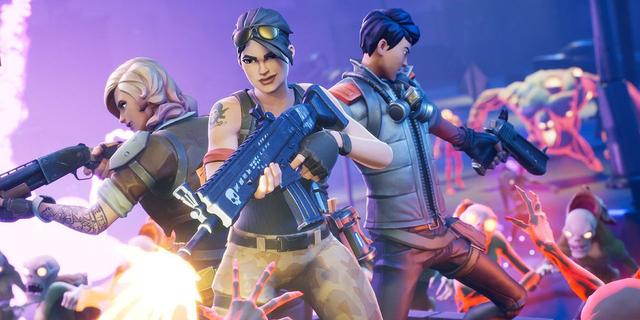 This study had a large sample consisting of 1,254 children from two states and an extremely high response rate, as virtually every eligible child who attended participating schools on the survey day took part.Children surveyed came from various socioeconomic, racial/ethnic and geographic groups, so these findings may represent the average middle-school child.

Many policy proposals at the state and national level focus on reducing children's access to M-rated games. Because so many participants played violent games, this study could give further ammunition to game critics. "But violent game play is so common, and youth crime has actually declined, so most kids who play these games occasionally are probably doing fine," Olson says. "We hope that this study is a first step toward reframing the debate from 'violent games are terrible and destroying society' to 'what types of game content might be harmful to what types of kids, in what situations"' We need to take a fresh look at what types of rules or policies make sense."

Finally, the new study suggests ways that parents can limit children's use of violent games, including keeping game consoles and computers out of their bedrooms. "And watch what older family members bring home," says Olson. "Kids who play with older siblings are twice as likely to play M-rated games."

The Center for Mental Health and Media is part of the MGH Department of Psychiatry and is associated with Harvard Medical School.The study was supported by a grant from the Office of Juvenile Justice and Delinquency Prevention, U.S. Department of Justice.Co-authors of the report are senior author Eugene Beresin, MD, co-director of the Center for Mental Health and Media; Lawrence Kutner, PhD, and Dorothy Warner, PhD, also of the Center; Jason Almerigi, PhD, Michigan State University; and Lee Baer, PhD, and Armand Nicholi, MD, MGH Psychiatry.

Materials provided by Massachusetts General Hospital. Note: Content may be edited for style and length.