With a bisexual protagonist who wields a mysterious superpower, the new instalment of "Life is Strange" is the latest in a growing array of video games that place LGBTQ characters in the spotlight.

Like previous games in the popular series, "Life is Strange: True Colors" allows players to pursue same-sex relationships as they journey through a supernaturally-tinged version of small-town America.

"We really wanted to continue to honour the story of queer characters in 'Life is Strange'," lead writer Jon Zimmerman of Nine Deck Games, the US studio behind "True Colors", told AFP ahead of its release on Friday.

The latest game follows Alex Chen, a young Asian-American woman who embraces her power to sense other people's emotions as she investigates her brother's death in the Colorado mountains.

Like its predecessors in the series, which is being adapted into a TV show, the game features a folk-pop soundtrack, soft pastel graphics and a gentle rhythm of play.

The games have won critical acclaim for the sensitivity of their storylines since 2015 when French studio Dontnod produced the first instalment, which has sold more than three million copies alone.

"True Colors" is the fourth full-length game in a series that has been praised for its portrayal of characters across the LGBTQ spectrum.

"Back in 2015, I was still 'in the closet'," said Mai Torras, a Buenos Aires-based game developer who runs a fan site devoted to the series.

"Life Is Strange", she said, "helped me a great deal to finally come to terms with a few things about myself."

- From indies to blockbusters -

But larger studios are now also eager to depict a wider diversity of characters, in part to better reflect players' own life experiences as gaming has become a mainstream hobby for millions worldwide.

Last year gay rights activists hailed "The Last Of Us Part II" -- a huge commercial and critical success -- as the first blockbuster game to feature a lesbian protagonist.

Before it developed "True Colors", Deck Nine Games worked on "Before The Storm", a 2017 "Life is Strange" prequel which similarly depicts a range of LGBTQ characters. 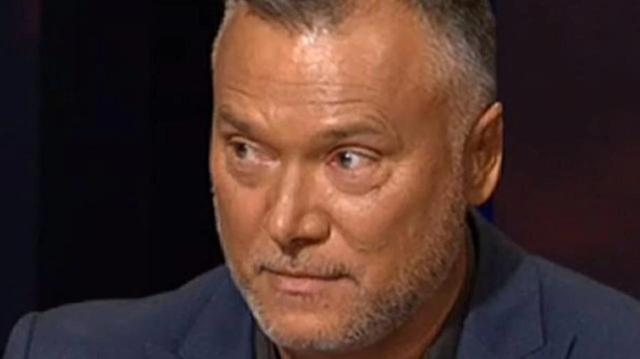 "It's one of the hardest things we do," Zimmerman said of the studio's efforts to depict queer characters in a way that feels both authentic and sensitive.

The games' writers are well aware that players' own experiences with their gender and sexuality can be "connected to great tragedy or trauma", he added.

Video game giant Ubisoft had stumbled with its own attempt at introducing LGBTQ characters in its cult "Assassin's Creed" series.

The "Odyssey" game, released in 2018, offered players the option to pursue a same-sex relationship -- but the storyline then forced them into a heterosexual one. Ubisoft's creative director apologised for the gaffe.

Elizabeth Maler, co-founder of French games publisher Abiding Bridge, said the industry was waking up to the fact that it "has an impact on society" and can play a role in encouraging tolerance.

In 2017 she co-wrote "A Normal Lost Phone", a game which tackles the theme of transgender identity.

"It can be risky to speak about these subjects in games," said Maler.

"There are people who hate it and will give you negative reviews for it."

And these reviews, particularly on the influential platform Steam, can be crucial to a game's success, she added.

"It totally influences the algorithms and the visibility you can have," Maler told AFP.

Some players have accused games like "Life is Strange" of trying to force political correctness down their throats.

"I don't play games to hear about other people's political ideas, especially if it's pushy about it," read one comment about "True Colors" posted on Steam.

Gaming culture has long battled with a reputation for jokes at the expense of minorities, not least the LGBTQ community.

Twitch, the world's biggest video game streaming platform, has been struggling lately with the phenomenon of "hate raids", barrages of homophobic, racist and sexist abuse.

And while studios are increasingly trying to emphasise diversity within their games, critics say the teams developing them often remain overwhelmingly white, straight and male.

"We are still in an industry that remains very sexist and that can be racist, ableist, and that isn't great at integrating marginalised people," Maler said.