“Numerous scientific studies have established that there is no causal connection between video games and violence,” the Entertainment Software Association said in a statement. “More than 165 million Americans enjoy video games, and billions of people play video games worldwide. Yet other societies, where video games are played as avidly, do not contend with the tragic levels of violence that occur in the U.S.”

Trump identified video games and mental illness as major factors in the recent wave of mass shootings, arguing that the U.S. “must stop or substantially reduce” sources of violent content. The Trump administration met with top video game officials in March 2018, including then-ESA President and CEO Mike Gallagher, in the wake of the deadly school shooting in Parkland, Florida, that left 17 people dead. 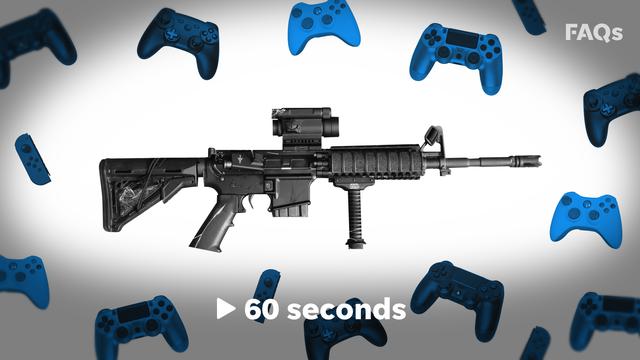 “We must stop the glorification of violence in our society,” Trump said during a press conference on Monday. “This includes the gruesome and grisly video games that are now commonplace. It is too easy today for troubled youth to surround themselves with a culture that celebrates violence."

McCarthy told Fox News over the weekend that video games involving gunplay could “dehumanize individuals” and represented a “problem for future generations.” His remark drew an immediate rebuke from Rep. Alexandria Ocasio-Cortez.

“Video games aren’t causing mass shootings, white supremacy is,” she wrote on Twitter. “Sadly the GOP refuse to acknowledge that, [because] their strategy relies on rallying a white supremacist base.”

Researchers have not uncovered substantial links between violent video games and mass shootings. However, investigators often highlight the gaming habits of mass shooters after violent incidents. Parkland shooter Nikolas Cruz and Sandy Hook Elementary School shooter Adam Lanza were each said to favor violent video games, though authorities did not suggest that their gaming habits were directly responsible for the shootings.