What time is game time? LSU Football television schedule out

BATON ROUGE, La. — The LSU football season is once again upon us, and the question we hear most frequently is “What is the kickoff time for each game?”

Today all college football game times are determined by the television timeslots that have been selected for the team. The selection process usually occurs week to week and sometimes as far out as three weeks at the beginning of the season.

For the 2021 LSU football season, here are the first three weeks of the season, which have been finalized.

So that is a good start to plan out the first three weeks of your LSU football season, but what about the rest of the games? WGNO will do our best to help predict each kickoff time for the rest of the season based on years of experience in watching television networks select games each week. 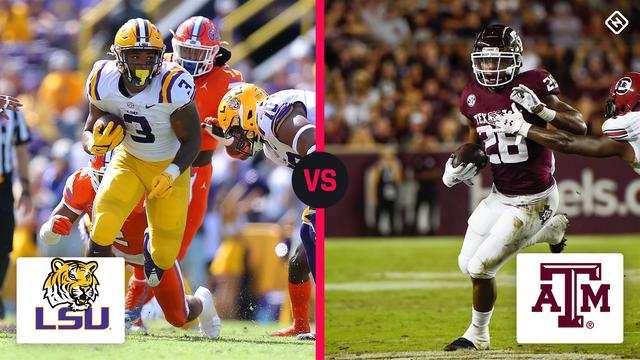 Ole Miss vs. Alabama will be just too sexy for CBS to pass up. So, the bet here is CBS, as they did last year, will grab the Bama-Ole Miss game for the 2:30 p.m. timeslot which will leave LSU to play Auburn at night in Tiger Stadium on ESPN.

CBS will grab the much-anticipated matchup between Alabama and Texas A&M in College Station. With Georgia vs. Auburn also on this weekend, this pushes the LSU vs. Kentucky game into a fringe timeslot.

Sorry folks don’t shoot the messenger.The only other nice matchup this weekend is Ole Miss vs. Tennessee and Auburn vs. Arkansas and those are no match for Florida heading to Baton Rouge unless LSU picks up a couple of more losses before then.So, get out your hats and sunscreen because it’s going to be a scorcher in Tiger Stadium.

The traditional Tennessee vs. Alabama game is on this same day, so LSU vs. Ole Miss would fit nicely into an evening time slot on ESPN. If Tennessee continues to struggle and LSU and Ole Miss stay on the winning side of things, this game could end up at 2:30pm on CBS.

This game has been CBS’s primetime pick for a while now and this year should be no different. Auburn vs. Texas A&M is the game that will fill the 2:30 p.m. timeslot or possibly Missouri vs. Georgia depending on how these four teams are ranked at this point in the season.

This home LSU home game is at high risk of being an 11am game on the SEC Network.Tough competition for a better TV slot with Mississippi St. vs. Auburn, Texas A&M vs. Ole Miss, and Georgia vs. Tennessee all occurring on this Saturday.My guess is Georgia vs. Tennessee will fill the 2:30pm CBS slot, Texas A&M vs. Ole Miss gets the 6pm ESPN slot and the rest of these games fill-in leaving LSU with the dreaded 11am kickoff at home.

There are a lot of bad games this Saturday in November, so LSU should be able to keep this one at night. Florida vs. Missouri and Auburn vs. South Carolina are the only top-level games this week and CBS will ultimately pick the game that would be most competitive.

This game has been safe at night through the years because of Alabama vs. Auburn being a CBS mainstay at 2:30 p.m. However, this year could be different. If LSU and Texas A&M bring in high rankings, SEC championship game implications, and Auburn fizzles under its new head coach this could be the year CBS grabs this game for 2:30 p.m. For now, we are sticking with a night game, but be warned this one could kickoff at 2:30 p.m. on CBS.