Why I Don't Trust the "Video Games Cause Violence" Argument

Sometimes reading the news about psychology and video games can seem like the worst remake of Groundhog Day ever. The recent mass shootings in Dayton, Ohio and El Paso, Texas have again brought out the headlines that violent video games cause violent behavior, even on the scale of mass shootings.

It's an evergreen topic even outside of the pundits and the headline nabbers. Some psychology researchers have studied this question and tried to present evidence for the link between violent games and violent behavior. But, honestly, many of us are not impressed by the research. And I personally come down on the side of other academics who see no good support for the connection. I'll try to explain some of the reasons why here.

Those in the "violent games cause violent behavior" camp generally argue that playing such games increases the access that someone has to violent thoughts. Have someone play a first person shooter, for example, and they are more likely to answer a word completion exercise by filling in letters to turn "EXPLO_E" into "EXPLODE" instead of "EXPLORE." Watching violent media, the argument goes, makes us more likely to turn to such violent thoughts and more easily/frequently access violent "scripts" when deciding how to behave. Long term, the researchers argue, these patterns of thinking result in permanent changes to our personality, make us quicker to consider violence as an option, and in fact make us more violent.

The problem is the dearth of good data and well designed studies to support this idea. Oh, there are studies. They're out there. But let me break down some of the problems they have. 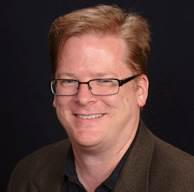 First is what these studies consider "violent behavior" in the laboratory doesn't exactly fit with everyday definitions of that concept. Most typically they ask subjects to blast other people with obnoxious but non-harmful noise, rob them of opportunities to win prizes in a competition, or even put too much hot sauce on people's food. It's a far cry from physical violence, much less mass shootings. These measures lack what psychologists call "external validity" in that they don't match up with the same concepts, inputs, and results outside of the lab.

Second, while priming someone with a violent game may give them easier access to thoughts related to violence adjacent-concepts, research has shown that this effect is fragile and short lived. And, more importantly, it's not enough to override all the other things that encourage us to NOT behave violently. Like laws. And society. And knowing that there will be consequences. Indeed, in longitudinal studies of violence and video games, taking other risk factors for violent behavior (e.g., prior aggressive behavior, substance abuse, etc.) pretty much wipes out any effects from media.

Third, it has historically been the case that studies that fail to find a relationship between two things are harder to get published in academic journals than studies that do find a relationship. This "file drawer problem" distorts the big picture and makes it harder to get all data needed for meta analysis. (Though movements like pre-registered research is making headway here.)

Finally, the "violent" games that researchers use in these studies are often suspect. It's hard to get approval to show children really violent games, so often the titles used are milquetoast at best. But perhaps an even more pervasive problem is that when choosing "violent" and "non-violent" games to compare to each other in the lab, researchers have a hard time finding two games that are the same except for their violent content. A first person shooter and a NASCAR racing game are wildly different. Researchers often end up having things like frustration levels, learning curves, or other factors interfere with their ability to make definitive statements about the effects of violence.

There are other reasons why this kind of research is typically flawed or limited, but these are the most frequently cited in my reading. Looking at the body of research through the critical eye of an academic instead of the attention-getting desires of a headline writer can really change what you believe.