“A young couple fall in love in early 20th-century Stockholm, but they separate and marry other people. Ten years later, they meet and have an affair that has unexpected consequences.”

This movie was filmed in Budapest, Hungary and cost a total of €5million (est.) to make. It was Pernilla August’s second feature film as a director.

It is an adaptation of Hjalmar Söderberg’s novel “The Serious Game” from 1912. The great Swedish love story. This is the third film version of this story.

Cinematographer ~ Erik Molberg Hansen has received 3 award nominations (Robert and Guldbagge) and is the Cinematographer for the upcoming Netflix show Snabba Cash. He was also cinematographer on Greyzone, the new All Creatures Great and Small, Farang and The Legacy.

Composer ~ Matti Bye is an award-winning composer. Most recently he composed the music for Tove, Young Wallander and A Very Scandi Scandal (The Simple Heist).

Costume Design ~ Kicki Ilander is a multi-award-winning costume designer. Some of her other work can be seen in Arn: The Knight Templar, The Hundred-Year-Old Man Who Climbed Out of the Window and Disappeared and Arne Dahl.

This film has quite the cast and I was interested to see what the story would be not being familiar with the original work or the two previous movies. I am not a great “romantic” film watcher (sloppy love does not do it for me) so I was keen to see what this brought to the table.

Structurally the film is divided into 3 parts. I very much liked the way that the lovers first met was introduced but would have preferred more time spent on their first encounter. There are sweet glances and touches but not a tangible frisson of passionate abiding adoration. 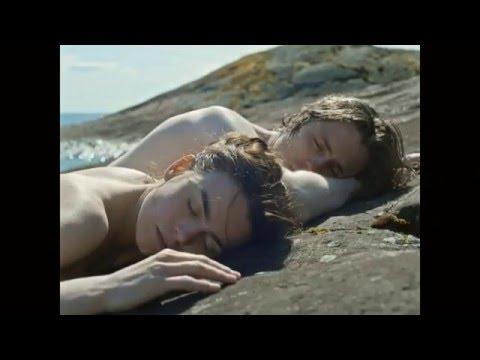 The central section of the film does drag a little and would have benefitted from more characterisation of all those who would be impacted by the affair both adult and child. Some really are just ciphers.

The final section had one scene I found to be emotionally hard-hitting (a funeral) and I’m not entirely sure if that wasn’t because Michael Nyqvist is important in that scene.

The performances in this are excellent, the two leads do have on-screen chemistry and Michael Nyqvist is outstanding as the newspaper editor Markel, a man who deserves to love and be loved. Liv Mjönes is also very impressive as Dagmar Randel and it is probably her that I felt for the most.

The story itself is, I assume, meant to revolve around the love between Arvid and Lydia however they both come out of this (at least until the very end, perhaps) looking like selfish, hypocritical havoc makers. What didn’t work for me in this film was the emotional connection with the main characters and story except on the level that parts made me cringe and others made me angry. It feels strangely distanced in both the way the story is conveyed and many of the characters are drawn. There was one terrible event that did make me gasp.

The cinematography is technically superb in this with a great choice made as to how certain scenes (and parts thereof) were to be captured. The lingering shots beyond what we normally might expect are effective. Costuming and design are other very strong points and certainly award-worthy. I loved the music score, it is simply beautiful.

This is not a romantic love story in the conventional sense of the word – at least it wasn’t for me. A Serious Game “feels” very European (not a bad thing), it has very good performances, beautiful visuals and music going for it. What it lacks is emotional impact, even though it is there (you can see it hiding in the corners). Overall definitely worth watching but it did not take my breath away.

This film garnered 2 awards with another 4 nominations

For those who are fans of Nordic/Scandi TV shows and films there is a great affiliated Facebook Page: