Does your class play Jeopardy when studying for an upcoming test or quiz? Here’s a quick guide to adapting other TV game shows for classroom review. 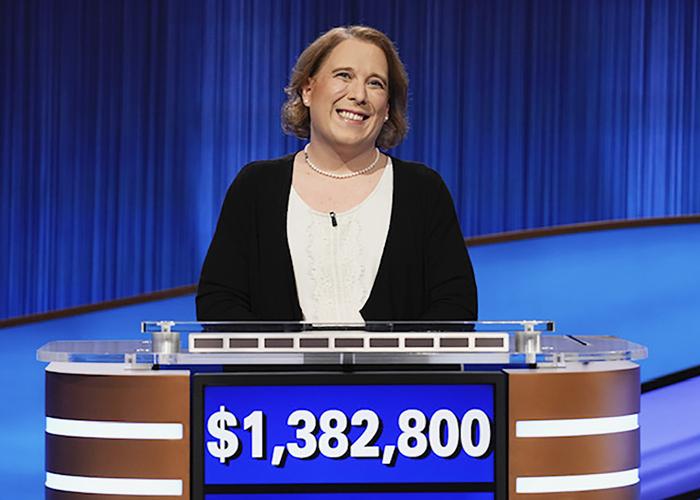 1. Family FeudFamily Feud lends itself to topics with lots of facts to memorize. To play, list categories to review, such as “Bodies of Water” and“Capital Cities” for a unit on Europe. Write the categories on index cards and list five items under each. Then divide kids into “families.” Toss a coin to see which team goes first. Announce the category and ask a member of the first team to give a response. If the response is on the card, award the team 20 points. Continue, with each team member taking a turn. Incorrect responses count as a strike. If the team gets three strikes before naming all responses on the card, another team can “steal” the points, but only if it can name one of the remaining responses on the card. If not, the first team keeps the points and wins that round. Teams alternate going first in each round. The first to earn 300 points wins.2. PyramidStudy buddies will have more fun with this partner game. Write a number from 1 to 6 on six index cards and a word related to your topic on the other side. For example, for “The Solar System,” label each card with a different planet. Sequence the cards to form a pyramid on the board, with card 1 at the top, 2 and 3 in the middle, and 4, 5, and 6 at the bottom. Then pair up students and assign three pairs to a team. Have the first pair on Team 1 select a card by number. Then one player reads the card silently and gives his or her partner clues about the word or phrase. If the partner answers correctly in three or fewer tries, the team earns one point. If not, the correct answer is revealed and no point is earned. Then the first pair on Team 2 takes a turn. Teams take turns, with a different pair giving clues and answers until all cards have been used. Teams add and compare their points at the end of the game.3. Wheel of FortuneTest review and problem-solving go hand in hand here. First make a “wheel” using an oak tag circle divided into 10 sections. Label each section from 100 to 1,000, using increments of 100. Use a brass brad to attach an arrow to the center (it should spin freely). Choose a word or phrase and draw dashes on the board for each letter. Write the category, such as “Book Title” or “Circulatory System,” at the top. To play, players take turns spinning the arrow. Then they name a consonant. If that letter is in the puzzle, all instances of the letter are written on the appropriate lines. The point value is multiplied by the number of instances, and the player is awarded that number of points. If a player has 200 points, he or she can “buy” a vowel. Each player may try to solve the puzzle at the end of his or her turn. The player with the most points after three rounds wins.

4. MillionaireIn “Millionaire,” kids have to keep answering questions correctly to win. To play, create a question bank in which four answers are provided for each question (with only one correct). Then write the point scale on the board (you can find the scale at www.scholastic.com/instructor, “November/December Links”). To play, read a question to the first player on Team 1. If he or she chooses the correct answer, the team is awarded the first level of points. If the player is unsure, he or she may use a “lifeline.” In a “Team Survey,” team members vote on the answer they think is correct. In “50/50,” reveal two incorrect answers. In “Ask a Teammate,” the player selects one teammate to help choose the answer. Each lifeline can be used only once by the team during that round of play. Players take turns answering questions. If incorrect, the team’s turn ends and it receives the last point value earned. Then the next team takes a turn.

5. Deal or No DealOur adaptation of this recent fave gives a lesson in probability as well as whatever you’re reviewing. First, create questions, writing possible answers on each of five index cards (only one will be correct). Insert the answer cards into file-folders (“game cases”). Form teams and have the first player on Team 1 set aside a “Player’s Case.” To play, read the question. The player chooses a case and opens it. If the player thinks the answer is correct (and he or she is right), he or she receives 400 points and the turn ends. If the player doesn’t think the answer is correct, he or she can “make a deal,” which ends the turn for 200 points, or say “no deal,” and open another case. Play continues until the player makes a deal or only one case remains (besides the “Player’s Case”). At that time, the player can “make a deal” and earn 600 points whether the answer is is correct or not. If the player chooses “no deal,” the Player's Case is opened. A correct answer earns 2,000 points, but an incorrect answer scores 0 points. After all players on a team take a turn, add their points together to determine which team scored the most points.