How To Train Your Dragon 2 is a phenomenal movie, for kids and grown-ups alike. If you liked the first one, you'll probably like this one---at least if you're in it for the fantasy and character drama, and not hoping it's just another barrel of cheap laughs.

The animation is spectacular, the designs of everything from the dragons themselves to the new and improved costumes of Hiccup and new additions to the cast is superb. And the movie packs an emotional punch alongside some really powerful messages about power, love, and leadership.

As is my wont when I go to films like this, I imagine what they could be like as a video game. And How to Train Your Dragon 2 could be amazing. I knew it the moment Hiccup encounters a mysterious, masked dragon-rider in the movie. Over and over during the film I thought to myself, "This could be such an incredible game."

But only if it were done properly, not phoned in as so many movie games are. (The official How to Train Your Dragon 2 game released June 10th and has no reviews listed on Metacritic as of this writing.)

There's all sorts of gameplay possibilities here: Hiccup has a new flight suit, not unlike the ones from Call of Duty: Black Ops 2, only instead of leaping off a cliff and gliding into an enemy camp, you'd be leaping off the back of a dragon. 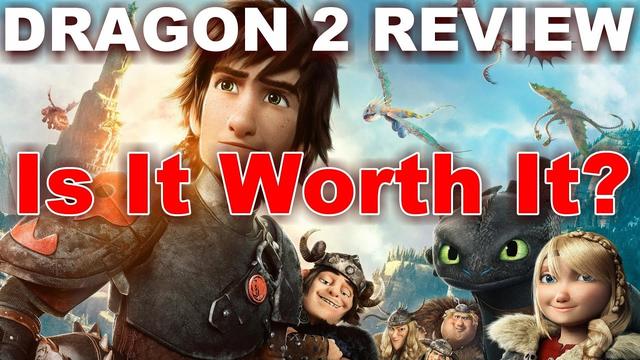 (In fact, this could be a great opportunity for cooperative play: One player controls the dragon, the other controls the character. As an option in any case, because as cool as it sounds it might not be everyone's cup of tea.)

Hiccup also has a pretty neat new weapon: a fiery lightsaber that also serves as a flammable gas canister. I imagine with a little creative thinking, this weapon could be expanded on to loose more types of gas as well as other things: grappling hooks, for instance. Since Hiccup is not only an explorer and a dragon-rider but also an inventor, adding in a crafting/tool-building type mechanic could be neat, especially as a way to unlock new gear that allows you to better explore the world.

The film greatly expanded the fictional world of vikings and dragons, expanding on the lore of the dragons, the scope of the frozen world, and the concept of Alpha dragons who rule individual nests and have total (or near total) power over their dragons. This could figure in to level and boss design in really interesting ways.

Of course, if I had it my way the game itself wouldn't be called 'How to Train Your Dragon 2' at all, and nor would it follow the same story. Licensed games are often terrible, and one of the reasons for this is that the type of story you tell on the silver screen and the type you tell in a game can be very different.

One of the things Hiccup does in the film is fly around the world mapping it out. Exploration would be key to translating the film into video game format. A vast open-world of ocean and island, with dragon nests scattered here and there. Hostile dragons, bad vikings, and any other number of enemies could lay in wait.

And you could fly around this world, uncovering secrets, mapping out uncharted waters, all while following some sort of primary story arc. Think Zelda meets Skyrim meets Drakengard. Toss in customizable gear and some roleplaying elements, and you have yourself a really neat game in a world that's become much richer by the second film.

This is a surprisingly serious film. It deserves---the franchise deserves---a serious, ambitious video game to play alongside it.