On a scorching hot day in Lancashire, the sun was certainly shining on grassroots football in England.

The new four-year National Game Strategy for Participation and Development was launched by The FA on Wednesday, with massive investment into the sport at its purest level being announced.

Among four main objectives set out from the latest blueprint for the English game, clubs and players across the country can look forward to strutting their stuff on improved grass pitches and more new artificial surfaces, with younger players learning under the watchful eyes of fully-qualified coaches.

With over £260m to be invested in the game over the next four years, the aim is to build on the progress made since the last National Game Strategy was set out in 2011.

And with 11 million people already playing some form of football, and big increases in women’s and disability football, FA chief executive Martin Glenn is passionate about continuing the work achieved so far.

“The hard work has already begun in the last four years, we’ve got the momentum,” said Glenn at the event held at the Lancashire County FA’s headquarters in Leyland.

“This is the good stuff, which you don’t get rewarded for next year or the year after, but will continue the success of football in England for the next 20 years.

“To me, coaching is very important and if you compare England to a number of countries, we’ve got fewer elite coaches, so spending more money on getting that right is important.

Children enjoy the football activities at the NGS launch event

“The grass we play on and the number of artificial pitches we have in comparison to other countries is not as good, so we need to build on that.

“That’s what The FA is about fundamentally, developing great grassroots and pulling all that together into great England teams.”

Alongside Glenn was FA director of participation and development, Kelly Simmons, who further outlined the importance of educating English coaches and thus improving the enjoyment and standard of the game at grassroots level. 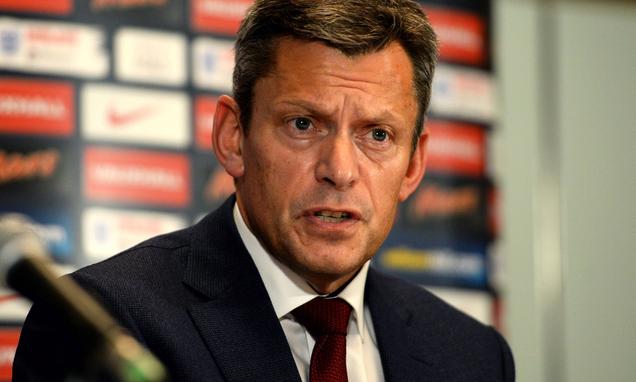 With new bursaries set to be unveiled for both female and BAME coaches, the pool of qualified coaches will increase, and with it the facilities to keep those players continuing to enjoy the game into their adult life.

“I think the priorities of the National Game Strategy reflect what came out of the England Commission, and there is a big focus on coaching,” she told TheFA.com.

“Children’s coaching is so important and with a big bursary programme coming to support volunteers to get their coaching qualifications, we can widen the people getting quality coaching.

“And alongside that, a big investment in facilities across the country is what we need for children to learn the game on and to play on in the awful weather.

“We also need this to keep adults playing football and these sort of facilities are vital to this.”

Simmons also felt Lancashire was an apt location for the launch, given the success of its participants in this year’s FA Community Awards supported by McDonald's earlier this month.

Youngsters from FA Charter Standard Club of the Year, Blackburn-based Abu Hanifah Foundation FC, enjoyed a training session on the County FA’s 3G pitch. Meanwhile Grassroots Volunteer of the Year, Kath Mason, watched on with pride after speaking to the invited guests about how she helped set up the successful Sir Tom Finney Soccer Centre.

And with part of the investment going towards new technology to help volunteers in the football workforce organise their teams and leagues, she was only happy to see and hear those success local stories.

“One of the reasons we came to Lancashire is because they have the Club of the Year, Volunteer of the Year and they have some fantastic volunteers, as there are across the country,” explained Simmons.

“They are the heartbeat of football and without them, football wouldn’t happen.

“So it’s our job to support them and help to develop the next generation of volunteers through our Football Futures programme, investing in technology to save them time and money.

“These are key things, which we will be developing over the next few years to keep those volunteers developing football.”

The full National Game Strategy 2015-19 document can be read here, or more details on Wednesday’s launch can be found here.