Kena: Bridge of Spirits is a short but sweet action-adventure game with a heartwarming story and great graphics that make it feel like a Disney movie.

Lost Judgment is a compelling new entry in the Yakuza series, doling out flashy action, meaningful side content, and an engrossing mystery to solve.

Arkane Studios hits it out of the park with Deathloop, an infinitely entertaining first-person shooter stealth game with an intriguing PvP twist.

No More Heroes 3 brings the mainline series back after 10 years, and it's better than it's ever been before.

Ghost of Tsushima: Director's Cut makes an already great open world game that much better with new features and the Iki Island expansion.

Aliens: Fireteam Elite attempts to be a highly replayable game but ultimately sets itself up for failure as a one-trick pony.

Psychonauts 2 was worth the 16-year wait, as it's easily Double Fine's best game so far and a strong contender for Game of the Year. 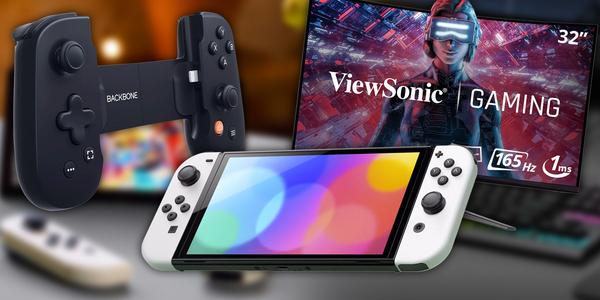 12 Minutes is an excellent narrative experience thanks to its chilling story, top-notch voice actors, and unique and intriguing gameplay loop.

Tribes of Midgard manages to make tower defense more compelling than it usually is, but struggles to keep things interesting.

Ender Lilies: Quietus of the Knights is a charming and melancholy Metroidvania that doesn't stray far from its roots and inspirations.

Final Fantasy Pixel Remaster is a great gateway to the series' classic titles, though UI and quality of life improvements fall short at times.

The Great Ace Attorney Chronicles is full of content and beginner-friendly, but some of its cases fall flat compared to its predecessors.

Those who can put up with NEO: The World Ends With You's slow start and repetitiveness will find a game with great combat and a ton of content.

Where The Heart Leads is a surreal narrative-based game that will take players on a journey filled with emotional highs and lows.

Monster Hunter Stories 2 is a solid JRPG that will keep players engaged and satisfied until the end, even with its uninspired map layouts.

Chicory: A Colorful Tale is a compelling twist on The Legend of Zelda formula that will hugely appeal to fans of Nintendo's popular franchise.

Doki Doki Literature Club Plus adds fresh content to the psychological horror visual novel, and releases for game consoles for the first time.