Some of my favorite gaming moments stem from co-op sessions with friends, and the chaos that can ensue when all your careful plans start to go awry. World War Z is a competent but basic shooter that seems designed to foster those sorts of memorable moments, and that is surely its greatest strength. It’s a good venue for a group of four friends to get together, topple massive zombie hordes, maybe save a few survivors here and there, and laugh about it when the results roll in. There’s nothing revolutionary or even that remarkable about World War Z, but the formula it follows is proven to be fun.

Comparisons between World War Z and the Left 4 Dead series are more than justified – unavoidable, even, as Valve’s decade-old series is still revered today for its fast-paced action and ability to throw dozens of raving zombies at you at once. Ever since, there’s been a certain set of guidelines one looks for when dealing with co-op zombie shooter games. World War Z neatly checks every box on that list while upping the amount of zombies that can be on screen at a time considerably.

Its 11 linear gauntlet missions involve completing a series of easy to understand tasks – barricading a safe house, planting explosives, etc – that effectively promote teamwork and communication, especially during jam-packed zombie attacks. Weapons, ammunition, healing items, and heavy gear are scattered about its levels, especially as rewards for those who take the initiative to explore off the beaten path.

The defensive objectives are always enjoyable and strongly push you and your team members to work together.

For defensive objectives – by far the most common and fun type – you’re given about a minute to decide where to deploy machine gun turrets while communicating strategies and picking spots for your teammates to stand guard before the zombies come pouring out of every opening, crack, and crevice. It's a simple foundation for an encounter, but it was always enjoyable and strongly pushed me and my team members to work together.

One standout mission put us in an underground warehouse where the bottom floor of a multi-level room was filled with poison. The goal was to search one of the bodies amid the poisonous fog to find a key to access the ventilation system, meaning one player on our team would have to take damage to retrieve it. After a quick chat, we decided the teammate with the most health would take the dangerous plunge while the rest of us protected our brave friend from the grated walkway above. The tense situation quickly became hectic as enemies appeared from within the foggy toxins.

It was a lot of fun, but even so, it’s rare to see World War Z go beyond the roots of its very clear inspiration like this. Tasks like setting up timed bombs in an abandoned warehouse to trap an incoming horde or protecting a scientist as zombies invade a small home are simple enough to keep things reasonably interesting, but they’ve all been done to death already. 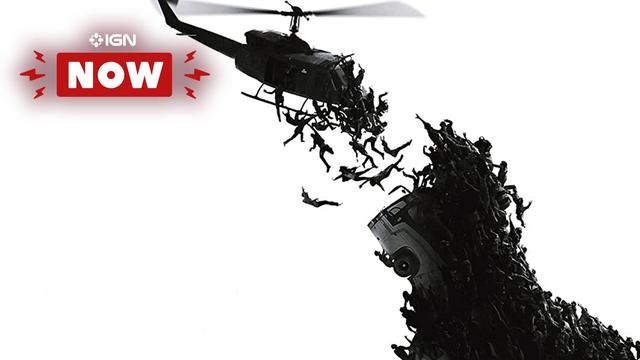 World War Z is fun, but just a little more added originality could’ve gone a long way toward making it feel like its own game.

Just take a look at the cool yet limited number of special zombies that frequently appear to shake things up. There's the poison-spewing Gasbag that needs to be strategically killed from a distance and the pouncing Lurker that picks off straying party members and must be knocked off by a teammate. You also have the annoyingly distant Screecher that summons extra zombies, as well as the massive Bull that can quickly incapacitate a teammate and dismantle a mission if given half a chance. They're all good fights, but they are essentially carbon copies of Left 4 Dead’s cast of Special Infected. Just a little originality could’ve gone a long way toward making World War Z feel like its own game.

On top of that, most of your arsenal of weapons comes across as a bit bland. Using a shotgun to blow off heads or an SMG to mow down large groups feels just like they're supposed to, but they're far from the most exciting form of attack. The fun-to-use and hard-to-find crossbow is the only weapon in World War Z that really stands out, with explosive-tipped arrows that send small groups of zombies flying into the air after a satisfying detonation. It’s a blast to use, but sadly it’s one of the few items to offer a fresh method of dealing with the undead.

Outside some of the other explosive weapons like the Rocket Launcher, nobody on my team was really fighting over the chance to grab any of the two dozen different standard weapons lying around. World War Z is clearly trying for a more serious tone to its story and characters, and the "realism" of its vanilla weapons might be part of that, but it’s definitely possible to add more interesting options while maintaining that attitude. Instead it makes little effort to do so, which is disappointing.

One notable area where World War Z does add onto Valve’s blueprint is a class and progression system, which has in the intervening years since Left 4 Dead become more or less standard in the genre. Picking between the six classes lets you specialize in certain areas like gun damage, melee, explosives, or healing, and the more time you dedicate on a particular class, the more abilities you unlock. Differences in classes are minimal, primarily dictating the weapons you start with, but they also come with an associated special item, like the Exterminator’s deadly Molotov or the Slasher’s paralyzing Stun Gun, that help define their role within a group. That’s especially important on higher difficulties, and testing out different special items and upgrading them is alluring at first. However, the appeal is slowly lost when it becomes a grind to unlock something like an increase to the blast radius of C4, especially when you feel ready to take on tougher levels but your character hasn’t progressed as fast as your skill tree.

Because all 11 missions can be completed in a swift five hours, the draw of playing with improved weapons and increasing the difficulty sadly doesn’t hold for too long. There are only so many times you can escort a bus of survivors or wait for a boat to reel in before it gets overly repetitive. The enormous hordes of zombies in World War Z lack the unpredictability of Left 4 Dead's famous AI Director, feeling more like hand-placed encounters that make replaying levels far less diverse.

World War Z does distinguish itself from Left 4 Dead in its choice of settings, at least. Running through the snowy landscapes and eerie museums of Moscow brought a refreshing vibe to the typical undead battles. The streets of Tokyo and dilapidated subway entrances of New York are pretty and detailed depictions of post-apocalyptic despair and destruction. There’s also some distinctive behavior to the hordes that reflects the World War Z movie universe: the panicked sight of zombies flooding over the rooftops of buildings, trampling over each other in a fit of relentless motion, or swarming into piles that stack on top of each other fluidly as they attempt to get up to your location. It's visually stunning and can be a sight to see, helping it stand out from other zombie shooters.

As with most co-op games, World War Z is very keen on making sure you’re playing with a full squad of actual human players and not by yourself or even with a partial team – for good reason. As life would have it, one member of my four-person team had to drop out during one of our missions, leaving us with a bot for a partner, and things went downhill very quickly. These AI dummies have a bad habit of straying too far from the team, getting stuck, and being left behind in certain rooms. That said, the zombie AI feels right and responsive, especially during stealthy moments where a missed headshot from your pistol can alert nearby enemies. At least for them, it makes sense to act mindlessly and without a sense of self-preservation.

The majority of World War Z is focused on its PvE campaign but there’s also a very ordinary PvP mode. You’ve got your standard round of deathmatch, king of the hill, and even a vaccine collecting mode, but there’s nothing there that kept my interest outside a few rounds of each of the five options. The gun mechanics feel good even in a PvP setting and the maps are decent, but again, it’s a very traditional experience with nothing new to offer apart from zombie swarms occasionally running through to force the action elsewhere. It’s a cool twist that surprisingly is not a nuisance, but also not enough to keep a shooter this simple interesting for long.