For the first time, an MLB game will be called by all women

For the first-time in Major League Baseball history, there will be all women serving as the on-air crew when the Baltimore Orioles and the Tampa Bay Rays play against each other on Tuesday, reports The New York Times.

Melanie Newman, who has served as the Orioles' radio play-by-play announcer since last year, will do play-by-play calling for the game, while baseball analyst and MLB.com writer Sarah Langs will be the analyst in the booth. Joining them will be Alanna Rizzo, who will do the on-field reporting, and Heidi Watney and Lauren Gardner, who will anchor the pregame and post game shows.

Gardner, who is a reporter for both the MLB network and the National Hockey League network, referred to this historic news as a "pinch me" moment, adding that she and the other women joining her have "all worked so hard for so many years to reach this point."

The news comes on the heels of Kim Ng being hired as MLB's first female general manager by the Miami Marlins and it follows the lead of several other professional sports organizations who have had all-women led games before.

"I've always had a male play-by-play voice in my ear during every game I've ever done," Rizzo tells The New York Times. "So, to do a game where those voices are Melanie and Sarah, that will be a unique feeling and a unique perspective of the game. It's exciting to be a part of something like this." 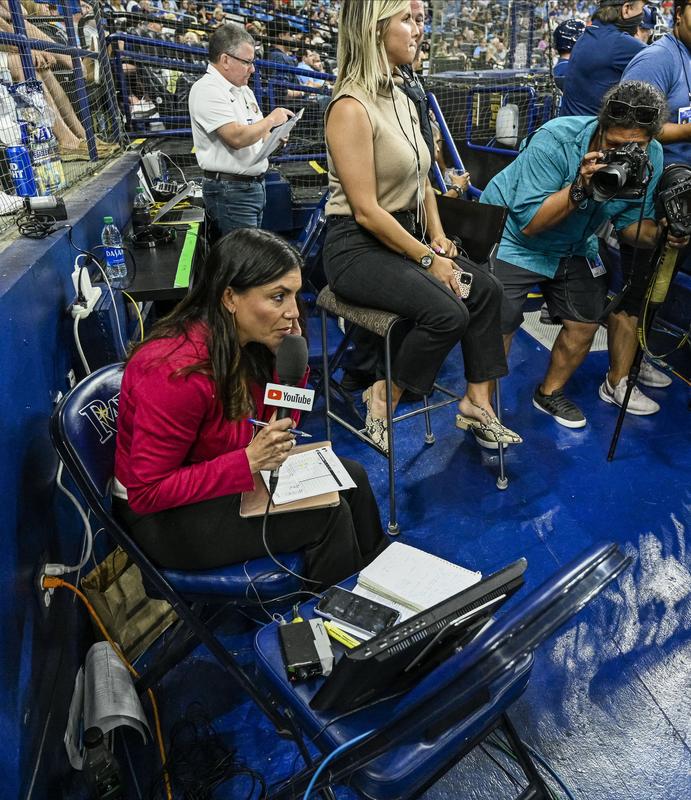 Newman, who has called minor league baseball games on the radio for six years, was part of the first all-female broadcast of a minor league game in 2019 alongside Suzie Cool. The following year, in 2020, she became the voice of the Orioles radio broadcast.

While she's made history as a "firsts" many times in her career, she says her goal is to ensure that there is a path left behind her for other women to follow.

"It's something I recognize as very important," Newman says of her accomplishments as a "firsts." "But we also want to make sure that while we are getting all these firsts in there, that we also are not the last."

Sign up now: Get smarter about your money and career with our weekly newsletter

Candace Parker on being NBA 2K’s first WNBA cover star: It helps women ‘not just in sport’ but also ‘in the boardroom’

Natasha Cloud, Breanna Stewart and other WNBA stars on continuing the fight for social justice and equality