How Video Games Can Teach Reading Just as Well as Books ...

High school English teacher John Fallon is what you might call an early adopter. His tech of choice: video games—specifically narrative-based digital games that engage students by engrossing them in a story.

His guiding belief is that “modern video games have the potential to be taught as humanely and deeply as any traditional text.” According to Fallon, “Students are living, shaping and immersed within a modular, meme-soaked, multimedia world, and video games are a dominant art form within that world.”

Games support literacy skills in part because they enable students to play and learn in authentic worlds they care aboutKaren Schrier, Marist College

Another early adopter, Paul Davarsi teaches English and media studies in Toronto, and likes games for many of the same reasons as Fallon. “Story-rich games like ‘Gone Home’ and ‘What Remains of Edith Finch’ can be analyzed for many of the same narrative characteristics found in traditional texts, such as setting, plot, character development, mood and tone,” he says. “Many digital games include textual elements, such as letters, journals and newspaper articles, which are embedded in the narrative and provide practice and scaffolding to encourage reluctant readers.”

The reason educators like Fallon and Darvasi are taking to games is because they engage students and teach many of the same skills students need to learn anyway. According to Karen Schrier, associate professor and director of games and emerging media at New York’s Marist College, “Games support literacy skills in part because they enable students to play and learn in authentic worlds they care about, where they need to read to be able to solve missions or interpret clues.”

It was in the spirit of these early adopters and promising that I undertook an experiment this past year with a fourth grade class to replace a traditional fantasy unit with a digital narrative game, and discovered just what about this format makes it so engaging for students.

Narrative digital games aren’t just for high school students. In our fourth grade professional learning committee we used “Sydney’s World,” a narrative roleplaying game I developed to help younger students improve their reading fluency and comprehension. We leveraged this format to mitigate the known weaknesses of read alouds, where students read portions of a text in class before a discussion. The problem with read alouds is that they’re teacher-directed, there’s no student ownership and it’s difficult to tell if students are on task or engaged. 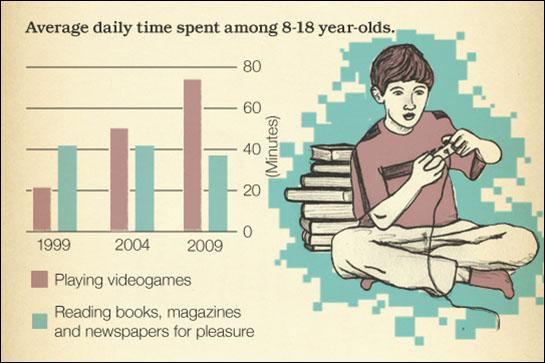 For the read-alouds, students were assigned to groups of four based on reading ability—but not as you might expect. Each group had a student from the class’s top quartile and one from the bottom quartile. This format enabled all students to read fluently at their level (including special education students) and expanded student roles beyond reader. We invented roles like explorer, navigator, problem-solver and decision-maker, which fostered inclusion and gave students a chance to be valued for their other intellectual abilities.

And because it was a game, students could go beyond reading their character’s text by actually exploring the story-world. They controlled the main characters (graphically represented as sprites) using the keyboard. When writing or talking about the text, students wound up using pronouns to refer to themselves rather than the characters (as they do in traditional novels), for example, “I know where to go.” and “Look who joined us!”

Students who struggled to visualize long passages of plain text—the kind you might find in a paperback—benefited from the format of the narrative digital game, with its continuous illustrations and animations. The full immersion that we look to harvest every day in the classroom was evident in each student regardless of reading ability. They were engaged and learning while having fun in what they thought was just a game but was actually a narrative-based digital game.

When we polled students after the read alouds, we learned that students overwhelmingly preferred the narrative-based digital game to all other read-alouds: 75 percent chose it as their favorite. (Another active read aloud, “Reader’s Theater,” a play format in which students get to physically move around, came in at 25 percent). No student chose traditional novels or read alouds as their favorite.

Research and pedagogy unequivocally point to digital game-based learning as an instructional methodology that can improve literacy skills. But many districts do not yet provide teachers with digital game-based learning instructional materials, despite stocking schools with computers, laptops and tablets. Given that hardware alone has not shown any improvement in student learning outcomes, isn’t it time we changed the narrative?