US official admits misleading Trump on US troop numbers in

Outgoing Ambassador Jim Jeffrey, the U.S. special envoy for Syria, admitted in an interview with Defense One to misleading President Donald Trump about the true number of U.S. troops deployed in Syria and convincing the president not to withdraw troops.

Jeffrey said, “We were always playing shell games to not make clear to our leadership how many troops we had there.” Jeffrey said the actual number of troops in northeast Syria is “a lot more than” the approximately 200 troops Trump agreed to keep in the country in 2019.

According to anonymous sources who spoke with Defense One, the true number of U.S. troops in Syria is said to be around 900, though the precise number is classified and reportedly remains unknown even to Trump and other members of his administration hoping to bring U.S. troops out of foreign engagements. 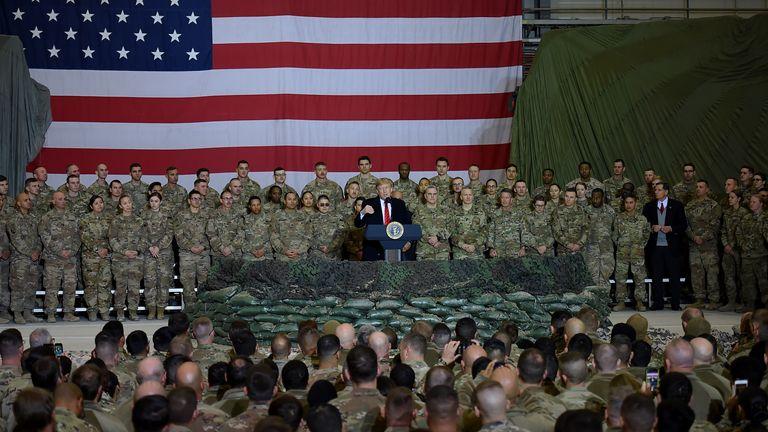 “What Syria withdrawal? There was never a Syria withdrawal,” Jeffrey told Defense One. “When the situation in northeast Syria had been fairly stable after we defeated ISIS, [Trump] was inclined to pull out. In each case, we then decided to come up with five better arguments for why we needed to stay. And we succeeded both times. That’s the story.”

“In #TheMadmanTheory, senior DOD officials told me how they fooled Trump into leaving troops on the ground: ‘If you look at his tweets, they were definitive about leaving. And then we didn’t leave. And now we haven’t left, we’re still there, and that’s a good thing,'” Sciutto tweeted.

In 2016, Jeffrey did sign a letter with dozens of GOP national security officials, criticizing then-candidate Trump as not qualified to lead and raising concerns about his ability to handle foreign policy decisions. In his latest interview with Defense One, Jeffrey actually credited Trump with achieving more stability in the Middle East than President George W. Bush or President Barack Obama.

“Nobody really wants to see President Trump go, among all our allies [in the Middle East],” Jeffrey said. “The truth is President Trump and his policies are quite popular among all of our popular states in the region. Name me one that’s not happy.”