What is the White House's Fox News End Game?

It has been an interesting and puzzling couple weeks watching the White House communications office at work. First, on October 11, Anita Dunn publicly rebuked Fox News on Howard Kurtz’ CNN show calling it the “research arm of the Republican Party.” Then, we learned Ms. Dunn counted Mao Zedong as a “favorite philosopher” and it seemed like a score was settled and everyone would move on. But the White House stepped up their attack on Fox News last Sunday by sending Chief of Staff Rahm Emanuel and Senior Advisor David Axelrod on the morning shows to continue this confusing line of attack, that Fox News is not a “legitimate news organization” by White House standards. And even worse, President Obama then joined the fight.

This week, President Obama said Fox News was “operating basically like talk radio.” Missing that millions of Americans listen to and trust “talk radio,” this was meant as another jab at Fox’s credibility. Jake Tapper of ABC News courageously questioned Robert Gibbs on the White House anti-Fox policy. And now yesterday, the White House decided to try and ban Fox News from a briefing with Obama’s Pay Czar Kenneth Feinberg. Entering into potentially unconstitutional territory, the White House press office did not expect what came next. The White House press corp united against this behavior and demanded Fox is included, or nobody goes.The White House relented. So the question today is, what is the White House end game here?

It escapes no viewers that there is a difference between commentators on Fox, such as Sean Hannity, Glenn Beck or Bill O’Reilly and their news gatherers and reporters such as Carl Cameron, Shepard Smith and Major Garrett. This point has been made repeatedly, and most people outside of the White House get it. Most Americans don’t judge NBC’s Brian Williams by how inappropriately Rachel Maddow acts, or how Chris Matthews gets a special feeling up his leg, or for Keith Olbermann being…Keith Olbermann. Americans are smart enough to separate news and commentary. But here are some other alternative theories for this odd, baffling, weird and bewildering attack on a news organization.

Press Conference Retribution: One popular theory that the White House seems to favor is that this is all because Fox’s Broadcast Network chose not to air the President’s non-news-making, fourth prime time press conference. Instead, Foxed aired a ratings bonanza reality TV show and carried the President’s press conference on the news channel only. Let’s forget for a moment that most of the other networks probably wish they had made the same decision in hindsight. Even if the White House wanted to settle the score, ignoring the difference between the news and entertainment channels, wouldn’t a couple weeks of freezing out some hosts and quietly calling on them last in press briefings have made the point? Is that enough reason for this war on Fox? It’s doubtful. 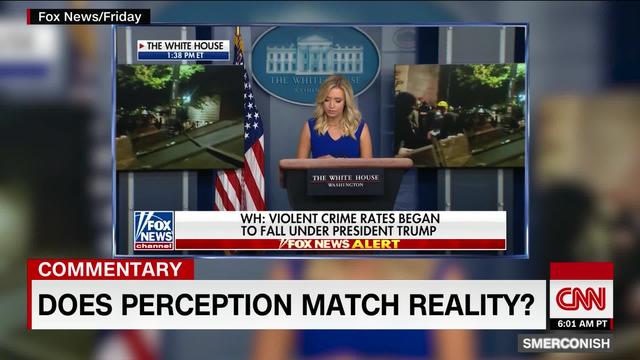 Teach Other Media Outlets a Lesson: This theory is plausible. It’s possible the White House knows it will lose this battle with Fox but in a Machiavellian move, decided to wage the battle to show less powerful, and less resourced media members that if they try reporting on stories like ACORN, Van Jones, Anita Dunn, and Kevin Jennings they’ll get treated the same way. This theory holds well because it seems to be working. The other major networks and print outlets are, in large part, relegating the major scandals of the Obama Administration to the back burners. Fox News is left carrying the weight alone. Which in turn makes these stories seem like one network’s axe to grind.

A Publicity Stunt? Since Fox News is enjoying a rating bonanza, and the next interview they get with a Senior Administration Official will be must-see TV, maybe this was all coordin…nah, that’s impossible.

Make Every Other News Organization Look Managed: By attacking the news organization that has caused them angst, the White House is making the rest of the press corps seem well managed by Obama’s brass. Anita Dunn’s original tirade occurred on CNN. How does CNN feel that the White House is complaining about tough questions from another media outlet on their network, thereby implying that no such tough investigative reporting comes from them?

America expects the press corp to ask the White House and the President tough questions. America expects investigative journalism in the Woodward and Bernstein sense. Digging for stories, getting the facts and reporting them. This is systemic check and balance on the power of the Presidency and one of the primary reasons a “free press” was so important to the founders of our nation. And this is why the White House Correspondents Association (WHCA) was created under President Wilson, specifically to keep the White House independent of deciding who is and who isn’t “legitimate” in their eyes. And this is why the WHCA is now uniting behind their colleagues at Fox.

Certainly no news organization wants to be next on the White House enemies list. But more importantly, no news organization wants to be exposed for being less investigative than another. Journalists take pride in their role as the “fourth estate” and the more Fox is called out for being a thorn in the side of the President, the more it is revealed that the rest of the press corps causes them no problems to begin with.All journalists are “research arms” of the public regardless of party, because if they’re not researching, who is? No White House should have a problem-free relationship with the press because no White House is perfect in every way.

So what does the White House get out of calling a news organization the “opposition?”Even Howard Kurtz who originally broke this story says: “...I question what the White House gets out of that.”Baltimore Sun TV critic David Zurawik said this morning: “What it’s really about to me is the Executive Branch of the government trying to tell the press how it should behave. I mean, this democracy — we know this — only works with a free and unfettered press to provide information.”

So what is the end game for a White House bent on kicking Fox News out of the briefing room? The reasons listed above? A health care reform package that goes unread and unchallenged? A huge energy tax that goes unread and unchallenged? A scandal free administration? This not only misjudges Fox’s ability to weather these attacks but it misjudges a journalist’s instincts to not be considered pawns, to protect their colleagues, and to protect their constitutional rights.