A First Person puzzle solver. Walk around and solve puzzles involving either a sort of a torch or a standing flashlight and finally both ofA First Person puzzle solver. Walk around and solve puzzles involving either a sort of a torch or a standing flashlight and finally both of them, in combination with moving objects such as doors, rotating bridges, hallways and so forth. The point of it is to create a path of light because shadows will kill you but you want to escape the facility you're in.Think of games like Portal (same developer), The Turing Test, Talos Principle and so forth.Suppose your path is a U shape but in-between there are, shadows, obstacles and moving parts so you need to drag light sources around to create a path to reach the exit. You may need to create an additional path first to reach an additional light source and retrace your stops to create the final path with your additional resource. Rinse and repeat.Almost all puzzles (but the last) were sort of easy in... hindsight. Halfway or so you know how to think and it all becomes a matter of figuring out in what order you should do things. Occasionally you need to place a light source very accurately on an odd spot so it shines through a narrow windows or opening.Eventually, things become repetitive, which is a huge risk when the elements you work with are few throughout the game. In a game which involves light, I'd expect puzzles to include lenses, mirrors and prisms, but that path wasn't explored at all (get it? get it?). It's only about doors, moving platforms and dark hallways. The puzzle-makers had an easy time with this game, that I'm sure of. You can find on the internet how these kind of puzzles are developed.Twice I had to consult a walk-through because the switches didn't work due to some bug. Reloading the game fixed it. The game also crashed four or five times (version 1.02), but luckily this game autosaves a lot. You cannot save manually and that's not needed anyway.I had to consult a walk-through two more times, but this time it was because my intelligence has no lower bounds, nor do the upper bounds resemble anything impressive. I'm sure Professor Miller, the game's snarky co-star would agree. I feel his insults are a little better than that of GlaDOS, but I have read a different opinion as well.The graphics are meh, as in minimal. Even more minimal that Portal, Talos Principle or The Turing Test. The surroundings are set in a stylish grey-ish tone. So it's not demanding on your PC, but despite that, there was some mouselag for some odd reason. I don't think they used any optimizing techniques.The ending is somewhere between OK-ish and bit of a dud. In hindsight it wasn't worth my time, but that's debatable. The "secret" alternative ending is even far less impressive. Everybody would agree on that one, I'm sure.If you're in for solving stuff without getting into the realm of ultra complex lateral thinking, then sure, buy this. There isn't much on the market when it comes to these kind of games. If you're in it for additionally a deep story with good and consistent story quality from A-to-Z then this game might be a tad too light for you. I feel this game is meant to cool off a river of lava with a few drops of water. I'm grateful for that, but I crave for more.I gave it a 6/10 because I know I'll forget about this game in a day or two. Though the story and reveal is OK, the resolution is underwhelming. Should you pay the full $/€ 20 for it? When it's on sale then the purchase is a no-brainer. Personally I don't mind a far more expensive puzzle-solver for equally more quality, but in this era of the First Person Shooter, microtransaction lootboxes and pricey DLC's, a successful pitch for a high-quality single-player non-action intelligent game is nearly impossible for investors to produce.… Expand 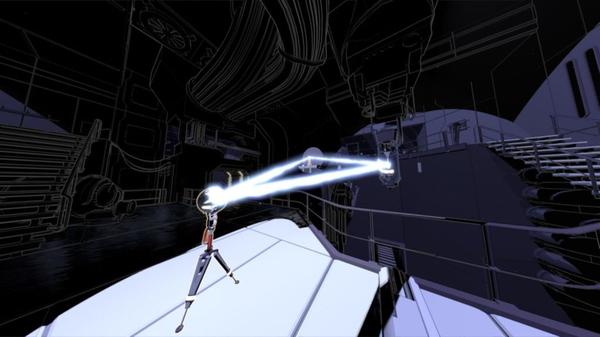