How to Write a Game Review - The Computer Show

Support The Computer Show and get paid to surf the web. Click on this Big Bang ad!

How to Write a Game Reviewby Al Giovetti

Thank you for helping me with my reviews.

First thing you want to do is to look in the game magazines at other reviews.Look at my reviews in my site, not the new ones but the old ones.Look at thereviews written in the PC magazines, like Computer Gaming World, PC Games,etc. 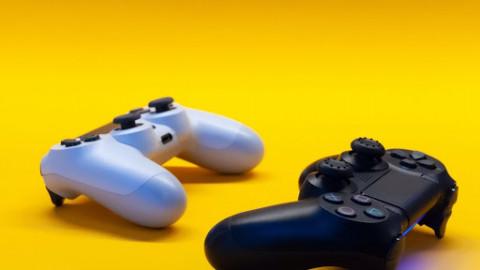 Most game reviews are divided into several sections of information.You canhave short or long reviews.

There are several things that are needed even with short reviews.Thesethings include the genre of the game, URL of the website of the company, thephone number, the company name, the price, system requirements, etc.Manytimes I leave these things blank on my reviews because of time.

The topic areas that longer reviews have comments on include the:

history of the game, the company, and the game designers and how thatrelates to the gamethe game play, how the game plays,the interface, how the game is controlled and how the screen is laid out,keyboard, mouse, joystick, game pad, and other controller support.the artificial intelligence, how tough is the enemy and what do they do totry to defeat you.If there are friendly computer controlled units, how smartare they and why.the item inventory system, if any.the magic system, if any.the combat system if a separate module from the gameIs there a plot?What is the plot?How does the game start?Who are theprotagonists (heroes) and antagonists (bad guys)?Can you play from both orall three sides (Like star craft there are the humans, the protoss, and theother guys so you would describe each one, their goals, and their methods andwhat the eventual outcome of playing the game to its conclusions)?Is theplot linear or branching (In games like Blade Runner or Heavy Gear, you oftencan make choices at what we call plot decision points, and if you make thecorrect choice the plot will go in one direction or another.In a lineargame, if you make the wrong choices the game will be over, in a branching plotyou will be allowed to make choices that will lead the game in a differentdirection with different results.For example, in one of the later cinematicgames in the Wing Commander series, Colonel Blake, played by Mark Hammill, canenter a relationship with his wing lady or his female mechanic or no one.Thegame player is given the opportunity to have Blake kiss one or the other ofthem.Once there is a kiss, everyone on board will know of it quickly due togossip.If Blake takes up with the mechanic she makes sure his plane runsreally good, but the wing lady is upset and will not support him in battle aswell as before.If he takes up with his wing lady, she will fight like abanshee, but his female mechanic will not fix his plane very well and it willbe prone to mechanical failure.If he takes up with neather one, they bothwill play kind of average not giving extra help or hinderance.You can seethat a branching plot line can have many interesting choices.graphics:what are they like?How many pixels, what screen resolution,what does the art look like?are there predominant colors.Do they use wireframes, polygons, etc.Are the character skins textured, and how?Forexample in Myth one of the predominant features is that blood spurts andpermanently stains the battlefield red.Heads come off and roll down hillsand away from bodies.When bombs go off, body parts, including arms, legs,and torsos, fly in all directions accompanied by gore.Body parts lay on thebattle field for a long while after each skirmish.animation:are their true physics features?(do objects move like theydo in the real world), does light effects have reflections and effects ofshading, filling and other light effects.Do lights glow and cause shadows.Are there sprites which move around the screen and if there are are they threeor two dimensional sprites.For example "dynamic lighting" is where thelights glow, power weapon beams glow casting shadows and illuminating objectsand scenery.music score:who composed the music?what style of music?are theperforming artists famous?what else are the artists known for?Is the musiccontext sensitive, which means does the music change as the action in the gamechanges?Do characters, monsters, enemy units, etc. who appear have their owntheme musichuman speech:Are there voice actors?Do the voices used work in thegame?Do they sound right?Do they do anything interesting?Are they funny?Humor is very important in games.If a game has a sense of humor,mention the jokes and what you liked about them.sound effects:How were they done?For example in Full Throttle the gamedesign team digitally recorded the sounds of Harley Davidson motorcycles invarious stages of throttle and driving conditions. "Foley sound effects peopleare the people who create sounds for the movies by walking in gravel pits,clapping coconuts together to simulate horses moving, opening and closinglittle doors, falling on the floor, shaking plate metal to simulate thunder,etc.The Foley artist creates the sound each time for each production makingeach sound unique and not repetitive.Were the sound effects convincing?Did you like them?Were they funny?Why?game utilities:how are the save games managed?how many arepermitted?are they only limited by hard disk space? were there enough tosave everywhere needed? Were theire game editors which edit mechs, terrain,etc.Does the game editor let you design the game or does the game editorrandomize features and automate the design process?Are there difficultysettings, and if so, how do they work and affect game play?Multiplayer features:Is this a game played over the internet, null orphone modem, hot seat type game (where two or more people play on the samecomputer one at a time taking turns), split screen (many games allowsimultaneous play on a split screen) or network?How many people can play ineach mode of play?Is there cooperative and competitive play, and how does itwork?If there is cooperative play can you only play against other humans orcan you play the plot of the game?If there is competitive play are therevarious scenerios specifically designed for this type of play?

Whenever you say something about anything, you need to not only give yourconclusions but the observations that lead to the conclusions.For example:The enemy unit artificial intelligence is quite good, when attacking you theyavoid terrain features so that they do not get stuck, and they do not approachyou in a straight line but use cover and zig zag when fired on.If they aredamaged they retreat and heal to return later to renew the attack.

Many of the details can only be obtained by writing to the company and askingthem questions, beyond the normal stuff that you might find in a faq file.Much of the information can only be learned by asking questions of thecompany.Don't be afraid to ask people who know different subject areas tohelp you.For example, my wife knows music so I always asked her to listen tothe music tracks and help me with that portion of the game.

I know this is a lot of stuff, but there is even more stuff to consider with agame review.I hope I have given you some ideas for ways to beef up thereviews

Thanks for helping me out.