OOTP Developments Forums - Do we always have to check "Auto ...

When you import 1984 every season, it is no different than checking the "Auto adjust LTM" box. You're just doing it manually, so the environment is still changing every season based on the ratings of the players. I am wanting my LTM's to remain static and default(1.000) but the results are terrible. I don't know if the default PCM's for 2014(all 1.000) are inaccurate or if it's required that I auto adjust LTM's

I admittedly don't know much about fictional games, but here's how the "Auto adjust LTM" box works in historicals. Let's say you're playing starting in 1977, and have that box checked. The stats output will be based on the 1977 season, and the modifiers will be adjusted to try to get the numbers (based on ratios not raw numbers) as close to 1977 numbers as possible. If you set all the modifiers to 1.000, you're overriding the "auto adjust" checkbox, and you will not come close to 1977 numbers. The game needs the modifiers that it uses to get close to the numbers that you want. The modifiers will have a wide range if done properly.

As an example, in a test league I ran, here are the modifiers (two pics to get them all in) using 1984 for stats output. You'll notice that the only modifiers that are set to 1.000 are the modifier for Relief Pitcher Stamina, and the Range modifiers at every position.

Here are the RL stats from 1984 in various ratio categories: 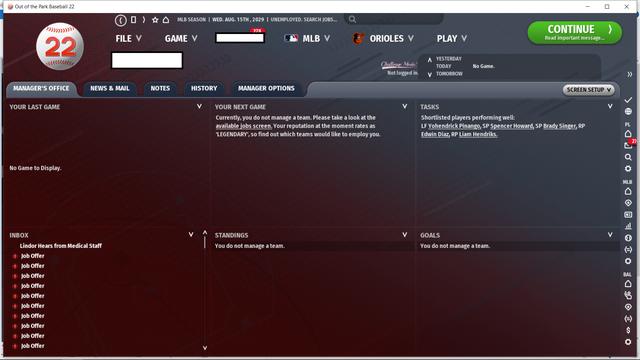 Numbers from the same categories in the sim from the season those LTMs were used:

If you want, I can set up a test league using 2014 for PCMs, Strategy Settings, and LTMs, and show you the results I'm getting. I have no idea what it'll be, but I'm quite confident it'll be closer to what you're looking for because I've been using this method for five versions of the game now, and getting excellent results.

Trust me when I say that using this method will get you what you want (a 2014 offensive environment, as opposed to my 1984 offensive environment), and you won't have to bang your head against a brick wall to do it. The offensive environment will remain static for all your seasons. It will do so within a certain range, and it won't be the same season after season, but it won't fluctuate wildly, or move into an insane offensive environment like yours is. Import 2014 PCMs and 2014 Strategy Settings if you want as well to help with player ratings, and how players are being deployed. Modifiers and team stats posted below for your perusal.