RTTP: Indie Game: The Movie - How relevant to the industry is

I think this was largely on the money

After years of internet shorts, two kickstarter projects, screenings at various festivals, and an HBO pilot based on the film now in the works, Indie Game: The Movie has finally been released for all to enjoy. Why the obsession with documenting a scene barely even five years into the existence...

Honestly this is kind of a garbage review. Like tf at this take:

Fish's eventual success at PAX is a mirror for how the stories in the film all end up wrapped into nice bow in the end. Jon Blow may be upset about the response to his game, but it was still a massive success, financially and critically. Edmund may have had to raise the money for surgery to remove his appendix (prior to filming), but both Super Meat Boy and Edmund's next game (The Binding of Isaac) were smash hits. Phil Fish may have said he was going to kill himself if Fez didn't come out, but in the end Fez won the IGF’s Grand Prize a few days after the GDC screening of the film, and the game was a big financial success. All of the subjects of the film, in a sense, have ceased to be normal human beings anymore because of their successes.

Am I missing something with the bolded? What is the point of that sentiment? They have success with their games so we shouldn't care about them as people anymore? Because McMillen had success with SMB he didn't experience any stress for Isaac? Just because he had more money off SMB doesn't suddenly make game dev a breeze. More time and resources? Sure. It's still hard to make a good and successful game. I find it a doubly insulting notion considering the doc profiles McMillen's past traumas and struggles with depression. FOH with that take. 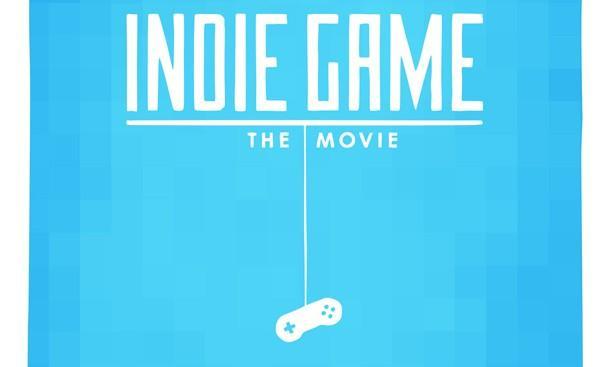 So the main contention in the review is that the film only shows success stories and doesn't display any devs that didn't make it, lost funding, etc. Are the filmmakers supposed to be time travelers? Braid is the lone example where that point is salient, IIRC it had already been out and admittedly looks like a Blow puff piece for his sections.

What's there is often affecting, but miles away from the territory of a The King of Kong, another film about videogames - one that actually had the guts to show things which make lot of the people in the film look bad, because human beings often do things that make them look bad! You have the sense that this film is afraid to make anyone look bad. A film professor once told me that if the people you're making a documentary about didn't feel uncomfortable with the final result, then you haven’t made a very good film. The universally positive response from the people in the film should say something.

"A film professor once told me"...there aren't enough eyerolls like cmon with this xD

Your interview subjects didn't feel uncomfortable, you made a bad doc. These are game devs, at worst you've got some pretentious dick heads like Blow bellyaching about poor reviews despite Braid's success. Fish is his own can of worms and has a lot of hot headed ego moments to contend with, and while I agree with the review's assertion that its depiction of Fish's "dire" situation wrt potentially not being able to demo his game due to the legal complications with his former partner was likely overblown, I'm still not seeing the point of grilling them unless it's about their funding situation.

BTW I'm all for seeing a doc that manages to capture indie dev struggles and failure stories, though like any doc filmmaker that ya know, has to deal with linear time like everyone else, I don't exactly see the feasibility in setting out with that goal not knowing whether or not something will actually be a failure. Unless you're specifically looking at asset flip, obviously low quality looking games on Steam prior to release, which to me seems a bit exploitative and mean spirited ("wow this game sure looks like shit, it's bound to fail! let's reach out to the devs"), there's just no way to know what's gonna be a success or not.

As a final note, that review was at the time of release, and this thread is asking specifically how the doc holds up today.