The FA to make record £260m investment into grassroots

The FA will invest more than a quarter of a billion pounds in grassroots football over the next four years as ambitious new plans are unveiled for the nation’s favourite sport.

The figure will be supplemented by a further multi-million pound investment supported by government in the creation of new city hubs across 30 cities in England.

The National Game Strategy for Participation and Development, launched by FA chief executive Martin Glenn in Leyland, Lancashire on Wednesday, will target four key areas of the amateur game for investment between now and 2019.

Speaking at the announcement, which was hosted by Lancashire FA, Glenn said: “There are challenges facing grassroots football both in terms of facilities and coaching. Today we have set out how we will tackle the challenges head-on.

“We have identified four key areas in which we have committed to investing £260 million over the next four years – facilities, coaching, participation and developing the football workforce. Our goals are ambitious, but achievable.”

Kelly Simmons MBE, FA director for participation and development, said: “It is no secret that facilities need to get better – today we set out clearly and unequivocally how we can make that happen – not only through the creation of city hubs, but also investing in improving what already exists.

Coaching is a key area for investment 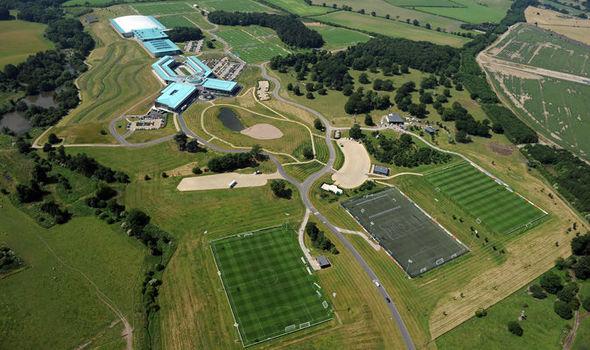 "Our relationship with the Premier League and DCMS through our commitment to the Football Foundation is key to achieving this.

“Having recognised the benefits of achieving Charter Standard status, 85 per cent of youth teams in England now have a qualified coach, which accounts for nearly one million Under-16s benefiting from such access. Alongside that we have seen the growth of youth football by 5,000 new teams since 2011.

“We have come a long way in youth football and it is a similar story in women’s and disability football. We know that 40,000 more girls and women are playing football regularly in the past two years and this is without the increased profile thee England women’s team have brought to the sport.”

Minister for Sport Tracey Crouch welcomed the announcement: "The government shares football's ambition to improve facilities, coaching and provide more opportunities for people to work in the game - all these areas are included in the Government's sports consultation that I'm keen to hear views on.

£4million will per year will be invested in grassroots coaching

"In addition to our work with The FA, Premier League and Football Foundation to strengthen the grassroots, we are supporting the city hub facilities project with £40 million pledged over five years."

The four areas where the new strategy will impact are:

Boosting Participation: Building on the increases in boys and girls participation and growth in disability football, while delivering more varied formats of the game to address the drop in traditional 11v11 weekend football among adult males.

Developing better players: £4million per year – including an annual £2million investment from the government – will be invested in grassroots coaching. There will be a network of County Coaches – tasked with improving and supporting coaching across grassroots football with club mentoring programmes. The extension of coach bursaries will get more women and people from diverse backgrounds into the profession and there will be a drive to get more top level grassroots coaches into the game.

Better training and facilities: The FA is committing £48million – directly through its funding of the Football Foundation as well as investment in 100 new turf pitches and improvements to a further 2,000 as part of The FA’s Pitch Improvement Plan. Further funds have also been dedicated to building 30 new football hubs across key cities – with a pilot scheme already under way in Sheffield – with the Government committed to providing £8m per year over five years to support The FA’s contribution.

Football workforce:Football will become more representative of the communities it serves through inclusion initiatives. The FA is also rolling out technology to run the game more efficiently and create direct lines of communication with players across all grassroots leagues making football truly integrated.