Tips and Hints to Help You Win at Monopoly

There's a strong element of luck involved in playing Monopoly, but there's also enough strategy that skilled players will win more often than not. Use these tips and hints next time you play, and you'll be smiling all the way to Boardwalk.

Tips To Win at Monopoly

The best way to win at Monopoly is to have a strategy and stick with it. The name of the game tells you that collaboration will never work; your goal is to bankrupt your opponents by owning the most valuable property on the board. That said, these tips will help you to come out ahead every time.

Know the odds of the game. For example, most players make a complete lap around the board in five turns; you're likely to roll doubles once in those five turns (doubles happen about 17 percent of the time). 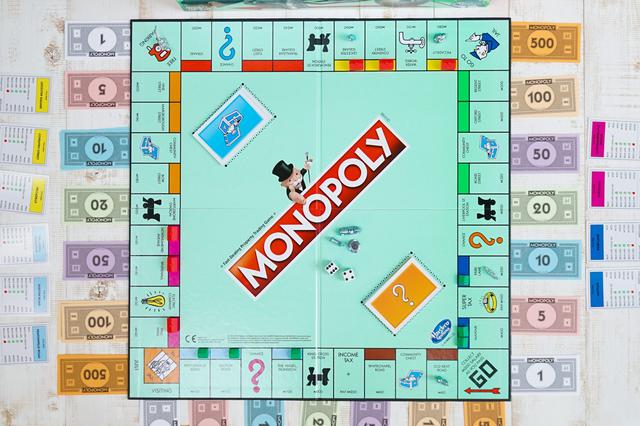 Always pick up available properties if any of these apply:

Railroads are better to own than utilities, but utilities should be purchased if the opportunity arises (especially if you can get both of them). Short Line Railroad is the least useful railroad to own because it is visited least often.

Get out of jail quickly early in the game, even if you have to pay the $50. Later on, when moving around the board is more dangerous and could prove very costly, stay in jail as long as you can.

When you build on your properties, get to three houses as quickly as possible. The rent raises significantly between two and three houses. For example, rent on Illinois Avenue jumps from $300 with two houses to $750 with three houses.

If you're stuck with low-income properties, build to four houses quickly to create a building shortage, hurting other players' chances to build. 24 of 32 houses (or 6 of 12 hotels) could be tied up on just six properties.

The trio of orange properties is an excellent monopoly to own because of their relationship to Jail. A roll of 6 or 8 (two of the most common rolls) from Jail lands you on an orange.

Show no mercy. If a player is down or on an imminent downfall, eliminate him or her from the game. Luck plays too big a role in Monopoly to risk a comeback.Don't forget that you can buy houses, make trades, etc., on your turn or between the turns of any other players. Take advantage of this timing to make quick moves.

Enjoy the game and good luck!