If you know a tween, teenager or avid gamer, you have probably heard about the latest video game phenomenon: Fortnite. In the game’s Battle Royale mode, up to 100 players parachute into a small island, scavenge for armor and weapons, and then kill or hide from other players in an attempt to be the lone survivor. The game’s cartoonish violence and quirky features–including costumes and custom dance moves–have attracted more than 125 million players across all the globe since its release last September.

While not overly gory, the premise for Fortnite is inherently violent; the primary goal is to kill other players. The popularity of these types of games, and this one in particular, raises clear questions about the effects of violent gaming. Specifically, do violent video games lead to real-life violence?

The research on this question is mixed. For decades, researchers have conducted studies to find out whether violent video games lead to problems such as aggression, lack of empathy and poor performance in school. Many studies have found that people who play violent video games are more likely to engage in aggressive behavior. In fact, there was enough research leading to this conclusion that the American Psychological Association (APA) published a policy statement in 2015 concluding that playing violent video games leads to more aggressive moods and behaviors and detracts from the players’ feeling of empathy and sensitivity to aggression.

But a large contingent of researchers focused on pediatric and adolescence health disagree. In fact, a group of 230 scholars from universities across the globe published an open letter in 2013 calling the APA’s stance of violent video games “misleading and alarmist.” And many of those same scholars spoke out after the 2015 policy statement. 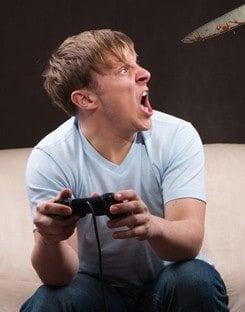 Last summer, a division within the APA focused on the media published their own statement advising government officials and the news media to avoid attributing acts of violence to video games or other violent media. Here’s why:

Large analyses of violent crime and video violent game use find no evidence that increased sales of violent video games leads to a spike in violent crimes. Researchers make the case that if violent games directly led to violent behavior, the data would show increases in violent crime on a large-scale as more people played violent games. In fact, there is some evidence that as more youth play video games, rates of youth violence have decreased.A recent analysis finds that research on video games is prone to false positives and false negatives, which leads to faulty conclusions.Another review finds that much of the research on violence and video games is affected by publication bias; essentially, studies that concluded that video games lead to aggression and violence are more likely to be published than studies that find violent video games don’t have an effect on violence. As a result, large reviews of the data conclude violent video games lead to aggression without considering research to the contrary.There is emerging research that finds no link between violent games and negative outcomes, such as reduced empathy, aggression and depression.

That’s a lot of conflicting perspectives, so what’s the take-home message here? First, there is not solid, irrefutable evidence that violent video games lead to aggressive behavior. That does not mean that every game is for every child. Certainly, many violent video games are scary and inappropriate for some kids. Understanding each child’s needs and creating a plan that sets out rules for media use and monitors kids’ activities on screens is a sensible way to approach video games.