Gamers are sharing tips on how to derail auctions for high-end graphics cards and consoles to try to end scalping - where people buy limited-supply goods to sell on at a profit.

Fake bids for the latest consoles have been spotted, but some of the most committed activism is coming from PC gamers, especially those trying to get their hands on the newest hardware.

Image:Gamers drove bids for one graphics card to more than $70,000

A tongue-in-cheek post from the moderators of the subreddit for AMD - a company that specialises in graphics units for gaming PCs - highlighted the issue.

"The moderators of /r/AMD do NOT condone locating scalper auctions, leaving dozens of absurd bids, so as to repeatedly derail a scalper's opportunity to make a sale and ultimately de-incentivise PC hardware scalping," the title of the post stated.

The message joked: "Evil cyber criminals decimated this totally innocent and honest listing with dozens of fake bids. They bidded so rapidly the lister couldn't even cancel them all - So sad! 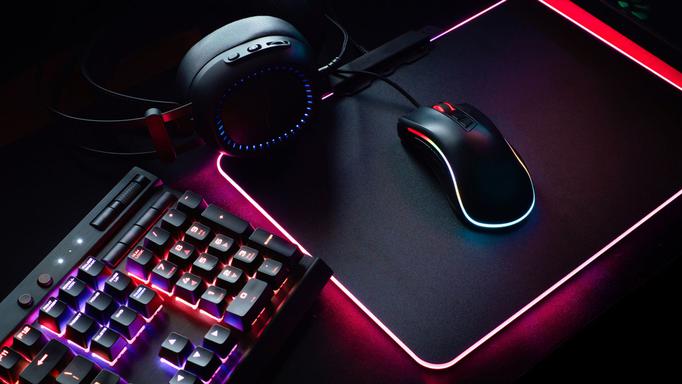 "Doing this isn't a good idea because it could get your account banned from eBay... unless you were to use, say, a VPN service to make a bunch of throwaway eBay accounts and stockpile their logins in a spreadsheet or something," the post facetiously added.

"Again, do NOT do this. Scalpers are providing a valuable service to the PC gaming community when they pay $5 for bot scripts that snap up entire shipments of hardware from retailers and then automatically create auctions on other websites, pulling a 10x turnaround before the hardware even hits the first warehouse's shelves.

"It would be wrong to use bot scripts to deprive them of their right to trade graphics cards - just put yourselves in their shoes. They would never use technology maliciously to deprive you of a graphics card trade, would they? No. Never."

Image:The latest consoles are already being listed for more than double the price

While manufacturers attempt to reduce scalping levels by manually reviewing initial orders and limiting purchases per address, the demand for their stock is usually so much greater than supply that reselling is almost always commonplace around hardware launches.

PlayStation and Xbox gamers who have been unable to nab a console due to limited stock have seen a number of consoles listed on eBay, some with winning bids for as much as double the recommended retail price - although it is unclear whether these bids were genuine or attempts to derail the sales.

A spokesperson for eBay told Sky News: "We understand how frustrating it can be for gamers to see overpriced listings of PS5s, however placing fake bids to artificially push up prices is against our policies and we will be taking action against these users.

"We'd urge these gamers to stop artificially pushing up prices and wait for sellers to lower their prices or for there to be more stock," they added.

"People are generally free to list non-essential items - such as games consoles - at the price they want on eBay.

"The reality is that while a small number of people may be happy to pay high prices when an item is in very strong demand, if most shoppers refuse to pay over the odds for these items, sellers will need to lower their prices in order to make a sale."