Video games are thriving thanks to ... - Los Angeles Times

Pick an industry, pretty much any industry, and the story you’ll likely hear regarding the COVID-19 pandemic will be one of financial losses, layoffs and deep uncertainty about the future.

Not this one, though.

“It’s fair to say that video games are having a moment right now — a unique and extraordinary time by any measure,” said Stanley Pierre-Louis, chief executive of the Entertainment Software Assn., the leading trade group for video game companies.

“This is an industry that’s about community,” he told me. “Video games are bringing people together.”

Indeed, spending by Americans on video games hit a record $10.86 billion in the first quarter, up 9% from a year before, according to market researcher NPD Group.

Last month, as millions of Americans lost their jobs or experienced pay cuts, game sales reached $977 million, up 52% from a year earlier, NPD said. Sales have increased 18% so far this year.

“Video games have brought comfort and connection to millions during this challenging time,” said Mat Piscatella, an industry analyst for NPD.

“As people have stayed at home more, they’ve utilized gaming not only as a diversion and an escape, but also as a means of staying connected with family and friends,” he said.

But parents of serious gamers, including myself, would be remiss if they didn’t wonder what our kids will be like when the pandemic finally ends.

Will all this additional, adrenaline-fueled time spent online diminish their enjoyment of the real world?

“I’ve thought about that,” said Raiford Guins, a professor of media studies at Indiana University Bloomington who focuses on video games. “It’s an important question.”

He told me his 8-year-old son typically spends six or seven hours a day in front of a laptop doing his remote schoolwork. And then, for fun, he switches to a bigger, brighter screen for several hours of “Fortnite” with friends.

“That’s a concern,” Guins said. “But this is all young people have right now. This is the only playground they have access to.”

He and other experts I spoke with said it’s too early to infer any harmful effects from these extended stays in the Matrix.

It’s entirely possible that socializing via games will help bring the nation’s kids safely through this mess, no worse off for having been trapped at home for months.

“We’re in a tough time right now,” said Carly A. Kocurek, an associate professor of digital humanities and media studies at Illinois Institute of Technology. “We’re all trying to find ways to keep ourselves stimulated.” 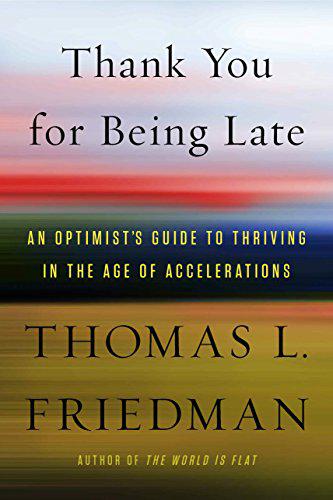 I wrote a few years ago about whether video games are bad for young people. The consensus among experts I interviewed was that, no, they’re not.

Games can be addictive in some cases, they acknowledged. But there’s no conclusive evidence that video games lead to abhorrent or violent behavior.

And during an extraordinary time such as this, they might be, especially for kids, the only source of positive social interaction available.

“Video games are a release valve against the unreasonable expectations that young people are being expected to carry right now,” said Laine Nooney, an assistant professor of media and information industries at New York University.

Just as many adults have adapted to working from home because of the coronavirus, she said, kids are embracing “opportunities for achieving personally defined goals” in video games.

“From a child’s perspective, why would playing video games be any less part of their ‘real life’ than attending class on Zoom?”

Point taken. At the same time, I have reservations about the quality of education my kid is receiving via Zoom compared with being in an actual classroom.

It’s just too easy to finesse a digital class, as opposed to the level of participation required in a real-world setting. At least that’s how it looks from where I’m sitting.

One change I’ve noticed recently, though, is that bursts of game-related rage from my son have subsided. Before the coronavirus, he was occasionally prone to yelling or banging his desk when a game wasn’t going his way.

Also, the trash talk. Any parent of a gamer knows how young people can run one another down online. It’s pretty ugly.

There’s now less of that as well in my household. It’s as if a tacit acknowledgement has taken root among gamers that the virtual world is all they have left, so it’s best to maintain a little decorum.

None of the experts I spoke with viewed the current surge in video gaming as a negative thing, even from a long-term perspective.

If anything, they see it as a positive that time spent socializing online has received greater mainstream acceptance.

“It’s likely that this moment in time will increase the overall influence and perceived normalcy of video games going forward,” said Nooney.

I think that’s true. My 80-year-old father now plays bridge online every day. After the pandemic, he’ll likely resume attending real-world tournaments. But his digital games will continue, and will continue providing him camaraderie and pleasure.

And then there’s this: The other day I popped into my son’s room to see what he was up to. He was at his desk, headphones on, gazing at his laptop.

I looked at the screen, expecting to see “Valorant” or “League of Legends” in full swing.

Chess. He was playing chess online and listening to music.

Yeah, I’m good with that.