Some folk say you can’t truly appreciate the highs of life if you haven’t felt the lows. Whether you believe that or not, it’s a lesson Far: Lone Sails takes to heart. It’s full of tense, nerve-wracking scenarios as you struggle to keep your fuel-guzzling/wind-powered hybrid vehicle running smoothly across a long-dead world. But buried between those hardships are beautiful moments of peace that shine brighter for it - the calm times where fair winds let me unfurl my sails and simply glide along to Far: Lone Sails’ incredible soundtrack were some of the most magical I’ve had in a game.

At first glance, Far: Lone Sails might remind you of games like Inside and Limbo - a comparison I don’t think is unfair. Its mostly monotone color palette and “scroll from left to right, don’t ask why” structure must’ve been inspired by Playdead’s work. But instead of just having some simple platforming puzzles to solve, here you’re also piloting a large contraption that’s alternately driven by either massive, engine-powered wheels or a set of tattered, collapsable sails.

Most of the time you’ll be inside that vessel, hopping around its guts as it trundles through a harsh, seemingly post-apocalyptic world - the cause is never explained, but most of what you're driving across looks like a dried-up ocean. You’ll have to feed fuel barrels into the machine's tank, release pressure that builds up (which will also give you a boost) before it explodes, and put out fires or make simple repairs as things inevitably go wrong. Very little of what you’re doing or why you’re doing it is explicitly told to you, but by the end of the roughly three-hour story you’ll be driving like a pro and probably have a good idea as to why.

But this isn’t just a traveling game. Between open stretches of road (often filled with obstacles to overcome or hazards, like weather, to avoid) are occasional blockades in your path. You might come across a gate you’ll need to unlock, forcing you to hop out of your vehicle and search around on foot for exactly how to do that before you can proceed. These discreet levels break up the pace nicely and can occasionally offer some intriguing platforming puzzles to challenge you.

During those stops (and often along the way to them) you’ll also be scavenging as much fuel as you possibly can to stow on hooks in your already cramped ship. There’s an enjoyable stress that comes from worrying about how much fuel you have - though it’s a fear that may be slightly scarier in your mind than in reality, since fuel is in safe abundance if you are good about grabbing it frequently and burning it efficiently. That undercuts that tension just a tad toward the end of your journey, and can make the world a little less mysterious on repeat playthroughs.

But what’s clever about how Far: Lone Sails silently teaches you how to play is that it starts things off simple - so simple that you won’t even have those signature sails at first. It lets you get you comfortable with the basics of fueling and piloting your ship, then slowly starts adding upgrades and improvements to your vehicle along the way so you can learn them one at a time. That not only introduces complexity as you grow more comfortable with the workings of the machine, it’s also massively rewarding to see it tangibly grow and change as you progress. 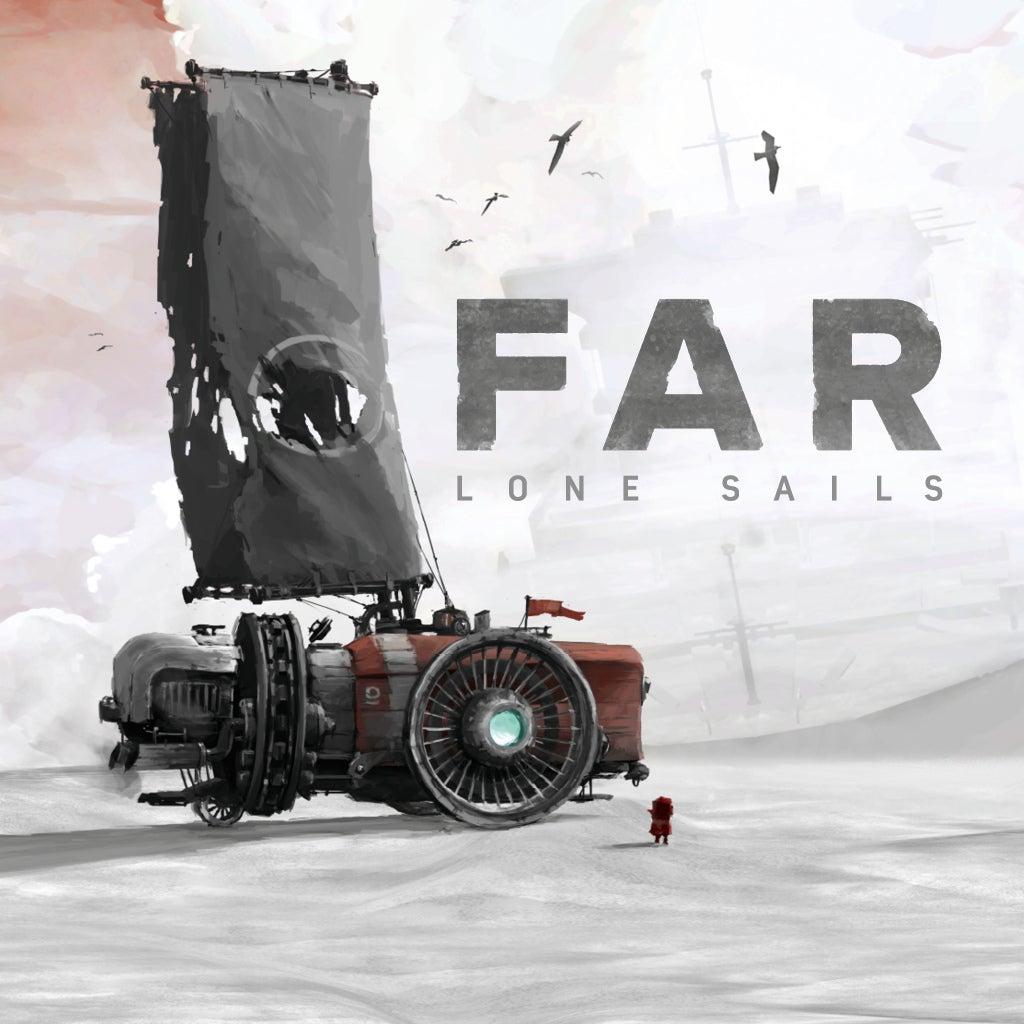 You rely on this machine as much as it relies on you, and the connection I felt with it by the end was unexpectedly deep.

Think about Portal’s fantastic Companion Cube gag: GLaDOS’s jokey narration pushes you toward empathizing with an inanimate object only slightly different from the common ones you see everywhere. There’s a real (if blatantly ridiculous) connection formed, but with a punchline as you unceremoniously throw your new friend into a furnace moments later. It’s funny and memorable, but it’s a connection that’s overtly forced upon you at the end of the day.

The connection I created with my ramshackle mobile home in Far: Lone Sails, a different sort of inanimate object, was another kind altogether. There’s no dialogue and barely any text at all on this trip, so your only companion is your bulky machine. It’s all you have, and you have to stay with it in the same way you would your Companion Cube. I kept it fueled, kept it repaired, felt sadness when it broke, and pride when it got upgraded. After all, you rely on it as much as it relies on you.

Not to rag on Portal (which is a truly wonderful game) but Far: Lone Sails didn’t need comical voice acting and funny wall art to make me fall in love with my ship. The symbiotic relationship at play (and the isolation that relationship occurs in) was enough to do that without anyone ever speaking a word. I don’t think it’s a coincidence that its round fuel gauge looks like a giant, glowing eye when you zoom out, slowly closing and getting sleepier as the reserve runs low.

Seeing that gauge droop can be a great kind of stressful, and that anxiety makes moments where the wind finally picks up and you don’t need to rely on fuel downright euphoric. I could turn the engine off entirely, raise the sails, and just cruise, not worrying about pressure releases or fueling plans. I’d usually hop up onto the roof and zoom out, too, taking in Far: Lone Sail’s gorgeous environments and downright award-worthy music whenever the wind allowed it. It’s hard to describe how much I truly loved the bliss of these moments.

Building atmosphere like this is easily Far: Lone Sails’ greatest strength, and it’s the reason I’d recommend everyone play it with headphones. Letting myself get sucked into this world enhanced the experience greatly, and I loved curiously picking up unique little objects from every stop I made. By the end, the bedroom area of my vehicle - a tiny little nook not used for anything beyond added flavor - was overflowing with odds and ends that made my ship feel a little more like home. A radio, a flower, a bell, a blue ball - things no one told me to pick up and might not have any gameplay implications, but I still wanted to keep with me all the same.

Being immersed in that world also helped me forgive some of Far: Lone Sails’ clunkier aspects. Hoarding items, even useful fuel barrels and boxes, inevitably makes it frustrating to move around the interior of your vehicle, which is not exactly smooth to begin with. The only way to get between floors is a central elevator that doesn’t behave quite as intuitively as I wished it did, and the fact that the button to brake is positioned just behind the button to boost meant I’d sometimes accidentally hit the latter on the way to the former.

These annoyances are almost exclusively present inside the machine itself, which does add a bit of thematic tension: piloting it alone feels appropriately like a struggle. I think the occasional rough edge could have been smoothed out while still making that point, but I was so immersed in the world surrounding those hassles and the journey of my little nameless character and their trusty mechanical steed that I didn’t mind a frustrating elevator ride here and there.

Far: Lone Sails is also full of incredible, distinct events that still stick out in my head - each of which often had its own song that can quickly throw me back into the feelings that encounter evoked when I listen to them on Spotify (which I often do). Months after my first playthrough, I still fondly remember hiding my machine from a hailstorm, manually upgrading its wheels, maneuvering it across a lift bridge, and plenty of other epic set pieces that I don’t want to spoil. It’s not a long game, but it’s certainly not a thin one either.